Celebrate With Olive My Stuff

Generations of Westporters loved Oscar’s. One of the main reasons was longtime owner Lee Papageorge.

Another reason was Ali. One of Lee’s 2 daughters, she grew up in the downtown hangout. Like her father, she welcomed regulars and newcomers with friendliness and energy. 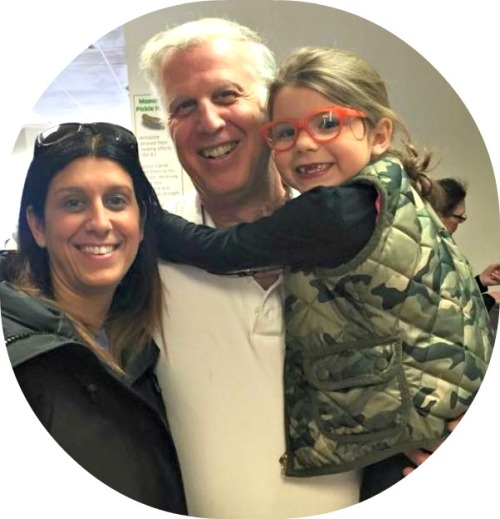 Her store is on Main Street — in Monroe. She would love to be on Westport’s Main Street, but rents are prohibitive.

Her goal is to build her business, move here, and serve some of her dad’s former customers.

Plus, they’ll see a photo of Lee Papageorge, in a place of honor at the front counter. 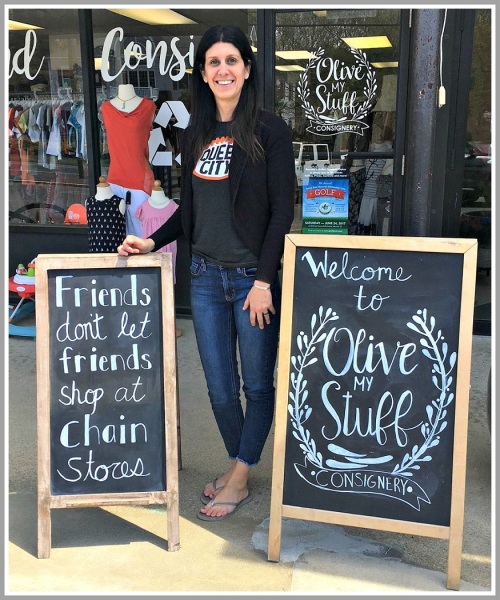 Ali Papageorge, in front of Olive My Stuff. 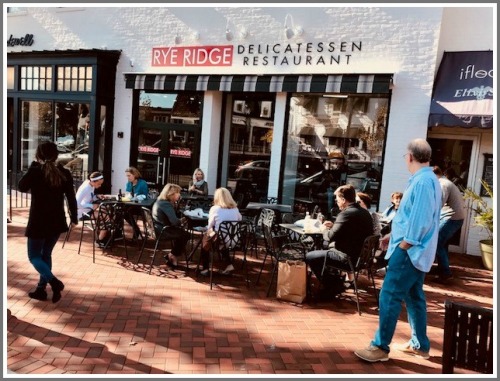 Posted in Downtown, Pic of the Day, Restaurants

Rye Ridge is open for business. The kosher-style deli fills a void in all of downtown. 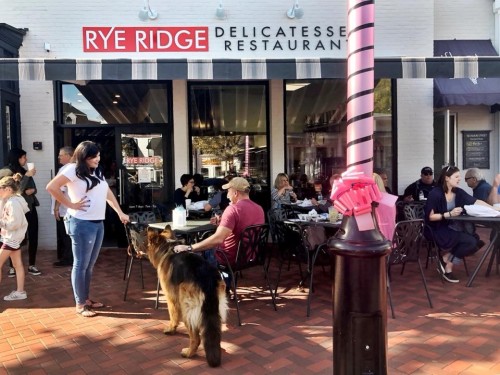 Some of Oscar’s long-time staff are back behind the counter. Many of Oscar’s regulars are back in line.

Can you say “pastrami on rye”? 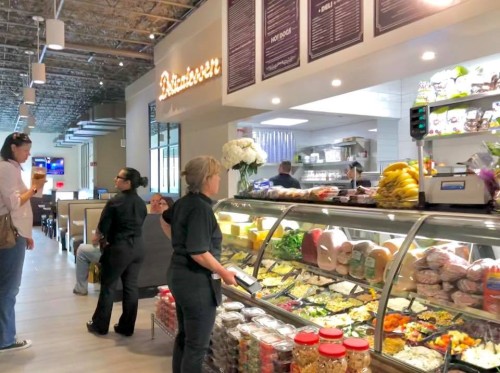 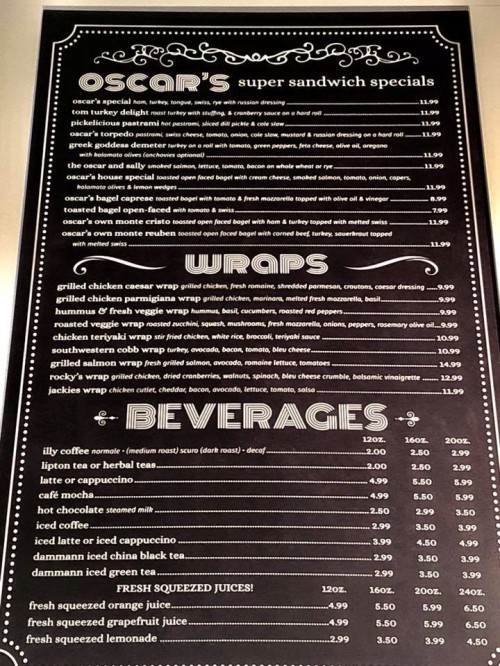 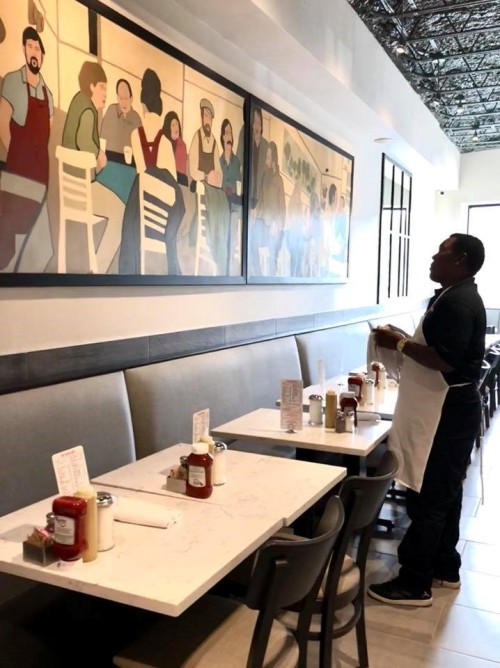 A waiter cleans up — and looks at Lee Papageorge, longtime Oscar’s owner (wearing the red apron at left). The mural was a fixture of the old deli, and has been restored by the Rye Ridge owners. (All photos/Lynn U. Miller)

The closing of Oscar’s Delicatessen ended a great Westport tradition: the annual Oscars at Oscar’s pre-party.

But the Westport Cinema Initiative has filled the gap.

The contest ends this Sunday (February 26) at 4 p.m. You can vote at these locations:

PS: As you enjoy the Oscars Sunday night, raise a glass in memory of Oscar’s.

Westporters are still adjusting to the loss of Oscar’s. 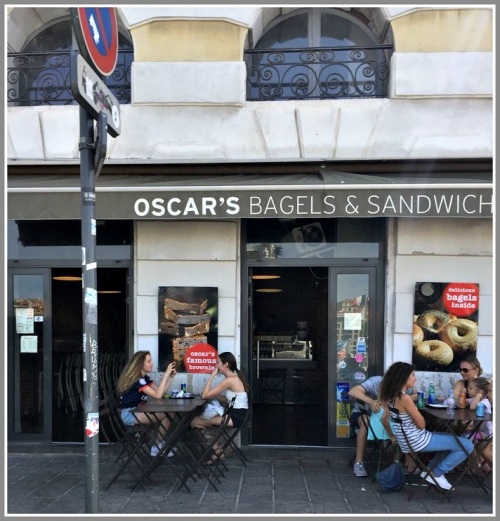 The French are known for fiercely protecting their language. Neither “bagels” nor “sandwiches” sound French to me.

I recently learned about the closing of Oscar’s Deli, probably the last of the old family-owned stores on Main Street. When Sue and I moved to Westport we frequently walked Main Street, chatted with friends and neighbors, visited Sally at Klein’s to learn about the latest records, and dropped in on the Kramers in their popular book store. We shopped at Gristedes and the local hardware store. Wouldn’t it be nice if we could bring that mood back to Westport? 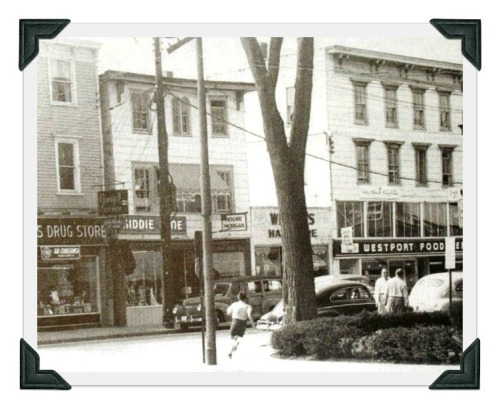 Wouldn’t it be nice if our kids would meet in school children whose parents were nurses, electricians, plumbers, policemen, teachers and auto mechanics?

Wouldn’t it be nice if our children could become friends with black, Hispanic and Asian kids before they went to college? Wouldn’t it be nice if Baron’s South became Westport’s Central Park, where kids could play ball, ride a bike or go roller skating, and families could picnic on this beautiful spot?

Wouldn’t it be nice if there was a plan to provide an area in downtown for small, family-owned stores, and where we could  stroll and enjoy the riverfront?

I can hear my friends saying, “he’s a dreamer.” They are right. I have always been a dreamer.

Perhaps there are others in town who agree with me. Maybe they will start a small group that could meet and hopefully plant the seeds for making Westport a “friendlier and more welcoming community” over the next 25 years.

Rabbi Orkand: Oscar’s Was A Link To Westport’s “Covenant” End 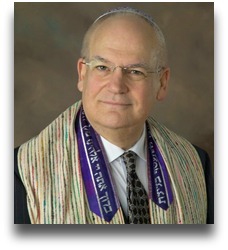 He and his wife Joyce now live in Massachusetts, near their son, daughter-in-law and granddaughter. But Rabbi Orkand keeps close tabs on Westport, through “06880.”

The closing of Oscar’s sparked the same nostalgia and sadness many Westporters feel. But he has a special perspective on the history of downtown’s famed delicatessen. Rabbi Orkand writes:

The closing of Oscar’s is, in many ways, the end of an era. Locally owned businesses such as Oscar’s are, sadly, becoming a thing of the past.

There is an aspect to the story of Oscar’s, and many other businesses, that is not told often enough. But is a piece of the history of Westport that reflects its diversity and uniqueness.

When I arrived in Westport in 1982, there were a number of businesses that had been founded by Jews — Oscar’s, Gold’s, Klein’s, Westport Hardware, Silver’s, to name just a few. What few people know is how Jewish ownership became possible many years ago. 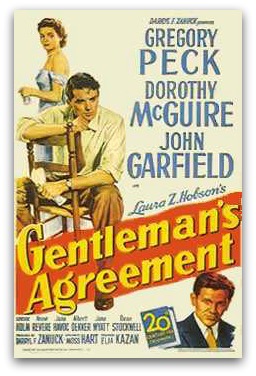 Until the early 1940’s, many real estate agents in lower Fairfield County signed on to an unofficial “covenant” not to show property to Jews, or to discourage them from moving into certain neighborhoods. (The movie “Gentleman’s Agreement” depicted this practice.)

Even though certain cities, such as Norwalk and Bridgeport, had Jewish residents, many towns did not (and in a few places that is still true). Westport was one of the towns in which the “covenant” was enforced.

Before he died in 2009 at the age of 97, Leo Nevas told me how the real estate “covenant” ended in Westport.

He was the 7th and youngest son of Morris and Ethel Navasky, Lithuanian immigrants who met and married in the United States. They settled in Norwalk, and operated a small chain of grocery stores in the area.

Leo earned a law degree from Cornell University in 1936 and joined his brother, Bernard, in the practice of law in South Norwalk. Upon Bernard’s death in 1942, Leo opened an office in Westport. He continued to practice law for 73 years, until his death. 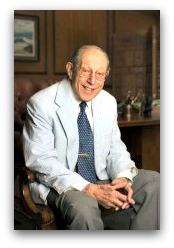 When Leo purchased the building in which his law office would be located, a local real estate agent inquired about renting an office in the building. Leo said that he would make a deal with her: If she agreed to ignore the informal “covenant” that made it difficult for Jews to purchase homes in Westport, she could have an office rent-free for a year.

She agreed. She began showing homes to Jews, which forced other agents to do the same. As Jews began purchasing homes, merchants opened stores and other retail establishments. One was Oscar’s, founded by Oscar Sisken and his wife, Sally.

While Westport’s Jewish community is strong and thriving, the retail establishments founded by the pioneers who helped establish that community are, sadly, gone. The memories of those pioneers will, however, remain with us.

Oscar’s Delicatessen — the last “mom-and-pop shop” on Main Street — will close on Monday.

The only casual dining spot on the street — which dates back more than 50 years, when it opened a few doors away from its current location — has been owned since 1971 by Lee Papageorge. He’s currently battling lung cancer. 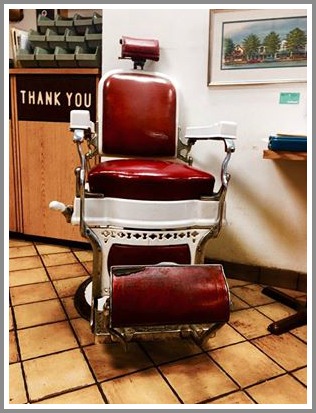 The announcement on Facebook included this photo of the barber chair in which owner Lee Papageorge traditionally sits.

After 42 years Oscar’s will be shutting their doors permanently on Monday, August 1.

On Sunday morning customers will be sharing memories and stories with each other.

Thank you Lee Papageorge for giving people second chances and for always loving your extended family.

It’s an abrupt end to a Westport icon. “06880” joins Lee’s countless fans and friends in sending thoughts and best wishes to him, and his family. 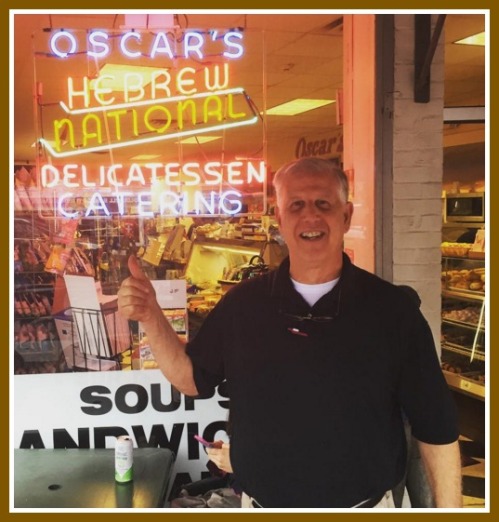 The Latest On Lee Papageorge

About a year ago, Joel Smilow went to Oscar’s for lunch.

A longtime Westporter, and the former chairman and CEO of Playtex, he’s also a noted philanthropist. He made a transformative gift to Yale-New Haven Hospital’s Smilow Cancer Hospital, and donated medical research buildings at NYU and the University of Pennsylvania (among many other endowments).

Lee Papageorge — the popular owner of Oscar’s Delicatessen — was struck by a sudden thought.

“After all you’ve done for people,” Lee asked Joel, “has anyone ever bought you lunch?”

Lee was happy to do so.

Two months ago, Lee received a tough diagnosis: lung cancer. It was particularly devastating because he never smoked — not once in his life.

Lee is now undergoing immunotherapy — at the Smilow Cancer Hospital.

“Those people are fantastic. They’re geniuses,” Lee says with awe. “They know how to talk to you. They treat you so well. They’re the whole package.” 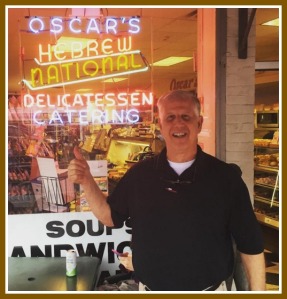 (Lee was not the 1st Papageorge who fed Westporters downtown. His grandfather and father opened the Club Grill in 1927. It later was known as Muriel’s, on the Post Road at Taylor Place across from what is now Tiffany.)

In 1967, Joe Milici bought Oscar’s (from Oscar). Lee kept working there. Four years later, he became a 50% partner. They moved to their present location soon thereafter.

The ’70s and ’80s were exciting times on Main Street, Lee recalls. There was always something going on.

He and store owners like Bob Hertzel, Stan Klein, Drew Friedman and Dan Coughlin were prime movers behind the Westport Downtown Merchants Association. They loved the area, the town and their customers. They supported each other, too.

Now, Oscar’s is the oldest — and last — “mom-and-pop” store on Main Street. 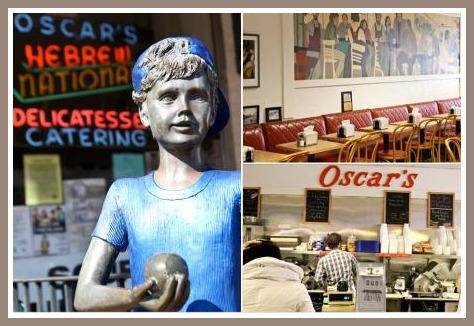 As he battles cancer, Lee has been buoyed by the support of “very strong women.” Susan Gold, of the Westport Historical Society, has been particularly helpful.

Lee’s many customers — and friends — send all their best wishes to him.

According to an obituary in the Connecticut Post, Klaus “Sandy” Soennichsen was born in Bavaria, Germany in 1947, He immigrated to the U.S. 3 years later. 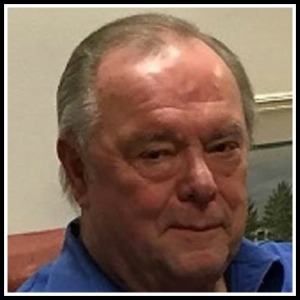 Sandy grew up in Weston, and graduated from Staples High School in 1965.

After joining the Air Force during the Vietnam War, he graduated from American International College before settling in Westport in 1979.

Since retiring as a high stakes supervisor at Foxwoods Casino, Sandy enjoyed spending time with his family, and having coffee with his friends at Oscar’s.

Sandy is survived by his wife of 47 years, Carol of Westport; his son and daughter-in-law, Ryan and Despina of Weston; 3 grandchildren, Markus, Angelika and Nikoletta, and cousins Eric Flaig and Linda Glasschroeder of New Hampshire.

In lieu of flowers, contributions can be made to the Westport EMS, 50 Jesup Road, Westport.