Jessica Shure — a Staples Players star in productions like “Guys and Dolls,” “Mame,” “The Mystery of  Edwin Drood” and “The Sound of Music” — died on Wednesday of a brain aneurysm.

The 2001 graduate is remembered by Players directors David Roth and Kerry Long for her “exceptional soprano voice, quirky sense of humor and devotion to musical theatre.” Here she is as Deirdre Peregrine/Rosa Bud in “Drood”:

As a senior, she performed a memorable spring concert solo with Alice Lipson’s choir.

She headed to Northwestern University and pursued acting after Staples, then changed careers and focused on food. She became a valued pastry chef at Bill Taibe’s Whelk and Kawa Ni. (Click here for a profile of her there.) 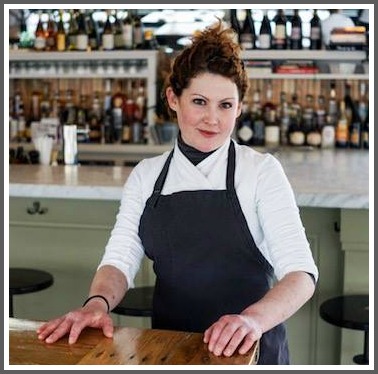 Friends are invited to stop by the Shure house today (Saturday, December 30), from 1 to 6 p.m.

Her sister Caitlin and brother Dan suggest that contributions in her name can be made to a local animal shelter or the American Civil Liberties Union,