And That Reminds Me: Readers Respond

Last week, I asked readers — those who now live far beyond here — to send photos that remind them of “home.”

Images of a place, a thing, a person — all were fine. Whatever stirs your heart and soul was good.

Submissions came from as far as the West Coast. Here are some of the scenes that — no matter what your zip code — say “06880.”

Stephen Doig says Alki Beach in West Seattle reminds him of Compo (including the rocks) from his 1960s lifeguarding days. I’m struck by how similar the curvature is to the view from Old Mill towards Hillspoint — including the height of the hills in the background. All that’s missing in Westport is a Space Needle. 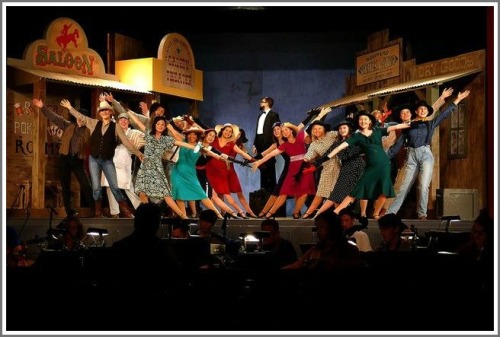 John Mirk says Ojai, California reminds him of the Westport he grew up in: “We’re surrounded by orange orchards instead of apple farms, but there is still a nice semi-rural feel.” Every spring he recalls Staples Players, as he builds sets with high school drama students. This photo is from the latest production, “Crazy For You.” He and his wife started volunteering when their son was a high school freshman. Twenty years later, he’s worked on everything from “Guys and Dolls” to “Into the Woods” (both of which Players has done too). John says, “It’s still a thrill every year to see a set take shape on stage, then watch the amazing performances that high school kids are capable of.”

Susan Stevens von Schenk moved to Westport in 1961, and lived there until the late ’80’s. She remembers Main Street, and “all the wonderful stores. It was busy, filled with people shopping and walking around. I have fond memories of the art festival held every year too.” She now lives in Columbia, South Carolina. Every Saturday morning, several blocks of her Main Street are closed to traffic for the Soda City Market. The food, artists and handicraft vendors always remind her of old Westport.

Peter Barlow says: “For decades I enjoyed the Bridge Street Bridge, re-named for Officer Cribari after I moved away. There is something similar where I live now.
The White Rock Bridge is about 2 miles north of Westerly (RI)/Pawcatuck (CT), and my house. This part was originally a railway bridge for a 22-mile trolley line built in 1906. Now it’s a splendid sidewalk with a view. But it’s not easy to get to. There are no sidewalks or even shoulders on White Rock Road.

Brenda Magnes crosses the Bridge of the Gods over Oregon’s Columbia River Gorge a few times a month. She used the William Cribari Bridge over the Saugatuck River daily in Westport — and recalls it every time she takes this bridge these days.

Jeff Booth is no longer a Westporter. But every time he sees this — which he swiped from his movie theater workplace in 1979 — he remembers his home town.

Susan Farewell and her husband Tom Seligson recently moved to Essex, Connecticut. She took this photo at the Pettipaug Rowing Club. It reminds her of the many beautiful sunsets they enjoyed at their Compo Beach house. 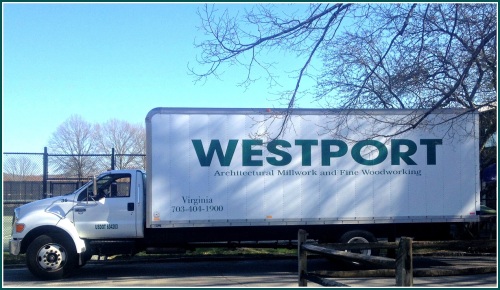 For Marc Selverstone, — now of Charlottesville, Virginia — there’s no better reminder of Westport than this truck .

6 responses to “And That Reminds Me: Readers Respond”