Mia Gentile Asks: “Have You Ever Seen The Rain?”

What do you get?

A song that — in the days following the killing of George Floyd — manages to be both poignant and uplifting.

That’s the genius of Mia — a former Staples Players superstar who went on to Broadway in “Kinky Boots” — and musician/video producer Roger Klug.

In 2012 they collaborated on a “Stanley Steemer” mashup video, with Mia performing that ubiquitous jingle in every genre from jazz, opera, country and Latin to torch song, punk rock, gospel and Lady Gaga. It wracked up 2 million views, and landed Mia an appearance on ABC’s Good Morning America.

Mia and Roger are back together, this time in a project called MISSYFIT.

After their first single, they recorded a few covers. One was CCR’s tune, which they decuded to take back in time.

Mia and Roger worked long distance, via FaceTime. She was on the computer in her Manhattan bedroom, listening on headphone to the backing track he’d created. He was in his Cincinnati studio, hearing Mia’s a cappella voice. During post-production he cut out the sounds of sirens (and an ice cream truck) that leaked through her window.

For reasons he can’t explain, Roger felt the need to work on “Have You Ever Seen the Rain” before other projects that were further along. 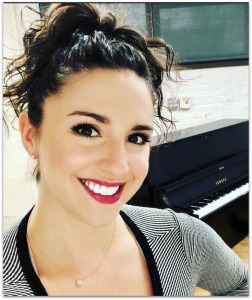 Then the unarmed Black man was killed in Minneapolis. News of protests and an explosion of awareness of systemic racism in America felt like an echo of the past.

Roger and his family joined demonstrations in Cincinnati. As he described those events to Mia, they realized they had to release the song. They started to envision how a video could underline the lyrics, speaking to the civil rights movement of the 1960s as well as the resurgent demand for racial equality today.

The 2nd recording session — which included a toy xylophone — took place a few days later. Then Roger went to work mixing the vocals and producing the video. Its images of protests from the ’60s — and now the ’20 — are raw, and thought-provoking.

In retrospect, MISSYFIT’s decision to use a girl group/Phil Spector sound seems compelling. There’s a poignant juxtaposition of a bright, peppy, more innocent time, and the dark lyrics.

“Hearing about war, violence and systemic racism from the mouth of babes (so to speak) is powerful,” Mia says. “Youth continue to be at the forefront of progressive American culture.” (Click the link below to listen.)

The single has been released on MISSYFIT’s YouTube page. Reaction has been very positive.

“This song that came to us on a whim now shines a light on how music and art can hold a mirror up to society,” Mia notes.

“People have had enough. It’s time for action.”

Tagged "Have you Ever Seen the Rain", Creedence Clearwater Revival, Mia Gentile, Missyfit