Posted on October 21, 2009 | Comments Off on Honoring Our Artists 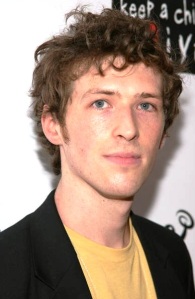 Westport is an arts hotbed.  Not a weekend passes without exhibits, performances and shows.  We attract hgh-powered names; for a small town, we’re a big player.

But 1 of my favorite events is pretty simple.  Each year Westport’s Arts Advisory Committee honors our own.  There are low-key speeches, a slide show, live performances, and heartfelt applause from neighbors and friends.

This year’s 16th annual Arts Awards take place 2 p.m. Sunday (Town Hall).  All Westporters are invited.  You don’t have to be an artist to enjoy it.

Horizon Awards will be presented to 2 rising young artists — both Staples graduates.  Daryl Wein (SHS ’02) is an uber-talented actor/filmmaker.  His documentary “Sex Positive” has won prizes, and been released in 9 countries.  He is an NYU Tisch School and USC Film and Television grad.

Josh Frank (SHS ’00) is a trumpeter, composer and music producer.  He has appeared with the Metropolitan Opera and recorded with the  American Brass Quintet.  He is a Juilliard graduate. 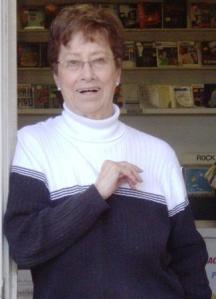 Champion of the Arts recipients include Howard Aibel (longtime advocate of the arts, as a director, board member and concert sponsor); Suszanne Sherman Propp (singer/songwriter and music teacher extraordinaire), and — a truly inspired choice — Sally White (longtime owner of Sally’s Place, perhaps the last great music store on the planet).

There are many ways to enjoy a Sunday afternoon in Westport.  Honoring our arts heritage — with our own supremely talented artists, musicians and filmmakers — might just be the best. 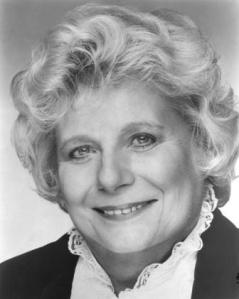 Comments Off on Honoring Our Artists

Dorothy Bryce — who graced Broadway and local stages for over 50 years, and donated innumerable hours to area charities — died today.  She was 85.

The gifted actress appeared for years on television soap operas, including “The Guiding Light.”

Dorothy had a soft spot in her heart for Westport.  She gave her time to countless causes, often as producer and/or entertainer.  She was also very active in the Saugatuck Congregational Church.

In 2006 — in her 80s — she starred in the short film “Glacier Bay,” about 2 combative seniors.  She was named Best Actress at the Breckenridge Film Festival.

Dorothy was a true town treasure — an artist who always gave of herself, on and off the stage and set.

A memorial service is set for Saturday, May 30 (1 p.m.) at Westport’s Unitarian Church.