Gery Grove moved to Westport from Brooklyn 7 years ago. She thought the drivers here were crazy — but they’ve gotten worse. She lives on a street that is a Waze shortcut, and uses the Bayberry Lane/Cross Highway intersection often. Everywhere in town, she says, people speed.

Paloma Bima has lived in Westport for 16 years — 14 of them on Cross Highway. “I have seen way too many accidents,” she says. “I love walking to Wakeman, but it is dangerous!”

Andi Sklar’s family rented for 4 years on Bayberry Lane. They then built a house on Cross Highway, and have been there for 6. Every day, she sees drivers run the stop sign at the intersection of those 2 roads. She worries about the safety of her daughter, who attends Bedford Middle School and walks to Chef’s Table. 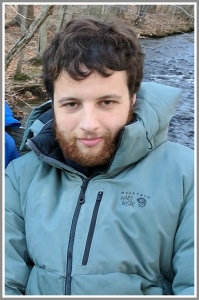 The loss of any life, especially someone young, can be devastating. But why does it resonate here in Westport so much? Because as a community we observe countless near misses – misses that might end up differently the next time due to our pedestrian-unfriendly roads, and our constant battle with speedy or reckless driving.

(Details of that accident have not been revealed, so this is not meant as an accusation of reckless driving against the driver on Bulkley.)

The next day, Gery Grove passed a multi-car accident at the corner of Bayberry and Cross Highway. While waiting for police to wave her through, a dark grey Ford Explorer behind her honked aggressively. The driver stayed on her bumper all the way to Long Lots Road.

Less than a day had passed since a pedestrian was killed nearby. Many children live in this neighborhood. They walk to or from school, and Chef’s Table.

Slow down, Westport. Another serious accident is right around the corner.

The intersection of Cross Highway and Bayberry Lane is just one spot with frequent reckless driving, running stop signs, and near misses. The three of us have been searching for ways to manage the dangers on our roads.

After near misses with her own children at that intersection near her home, Andi worked with Westport police on the visibility of stop signs.

Officer Al D’Amura has been extremely helpful. After riding together, he cut big branches that might have blocked the signs.

He also had an officer sit at the intersection. That provided only temporary relief. Andi said he is requesting that Public Works trim more bushes.

Paloma sought approval for a crosswalk from one side of Cross Highway to the other near Wakeman Fields, in light of the recent creation of a mega-campus at Bedford and Staples. So far, no measures have been enacted.

Gery grew up in Chevy Chase, Maryland. Years ago they installed cameras, to catch speeders. Tickets are sent by mail. The first time she returned home, she wondered why everyone drove so slowly. Clearly. the cameras work.

One loss of life in this town is one too many. The time to consider solutions was before this young man was killed – but it definitely needs to be before another tragedy.

We have fallen victim to Waze, tight schedules, our devices, distraction and carelessness.

We have to ask our town to take real, concrete measures to clamp down on speeding, consider more pedestrian safety measures like sidewalks and crosswalks, and truly make those who believe the rules don’t apply to them rediscover the value of human life.

Or at least, to feel the presence of the laws they seek to violate.

Let this week be a collective call to action for our town leaders to make sure we give this issue the attention it deserves.

We have to do something. We are told not to be helicopter parents. But it’s hard to let kids roam around Westport these days.

It should not be that way.