Longtime Westport educator Garry Meyers died peacefully at his Stratford home on June 11, surrounded by family. He was 89 years old.

After serving in the Korean War, Garry earned a master’s degree in education from the University of Bridgeport on the GI Bill. He taught English at Staples High School for many years, and was a principal of the firm Tape Book, before creating the first public high school special education program for emotionally disturbed adolescents in the state of Connecticut. 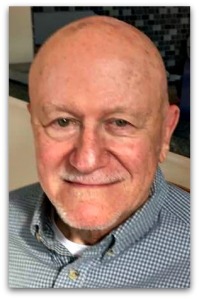 The gratification Garry experienced as he developed this safe place for “the kids” spurred him to devote his professional life to helping more children and families. He pursued a master’s in marriage and family therapy from Southern Connecticut State University, becoming a licensed MFT in Connecticut and Massachusetts.

Whether in line at the hardware store or traveling to Russia, Garry often made new friends. He had an agile, insatiable mind; an irreverent, irresistible sense of humor, and a genuine interest in everyone he met. His life was a celebration of the people he loved, the places he and Donna visited, and the stories that grew from these experiences.

During their years together, Garry and Donna called many places home, including Westport, Redding Sandy Hook and Stratford; Astoria, New York, and Oak Bluffs, Massachusetts.

In their home on Martha’s Vineyard, Garry and Donna created a haven for family and friends. It was especially cherished by Garry’s 17 grandchildren.

A celebration of Garry’s life will be held later.

Memorial contributions in his memory may be made to The Trevor Project or the Center for Spectrum Services.

Like Loading...
This entry was posted in Education, People, Staples HS and tagged Garry Meyers, special education. Bookmark the permalink.