Movies In Westport: Remarkably, They’re Back

For a parking lot, the Imperial Avenue space is impressively versatile.

Besides a spot for commuters (remember them?) taking buses to the station, from May to November it’s the site of the Farmers’ Market. It’s where the Blues, Views & BBQ Festival held cooking contests.

This weekend, the sea of asphalt turned into a drive-in movie theater.

Heading to the show.

The Remarkable Theater opened its summer series there, with 2 classic films: “Ferris Bueller’s Day Off” and “Caddyshack.”

It was a win-win. The theater offers employment to people with disabilities, while families and teenagers packed the place for fun, wholesome entertainment. 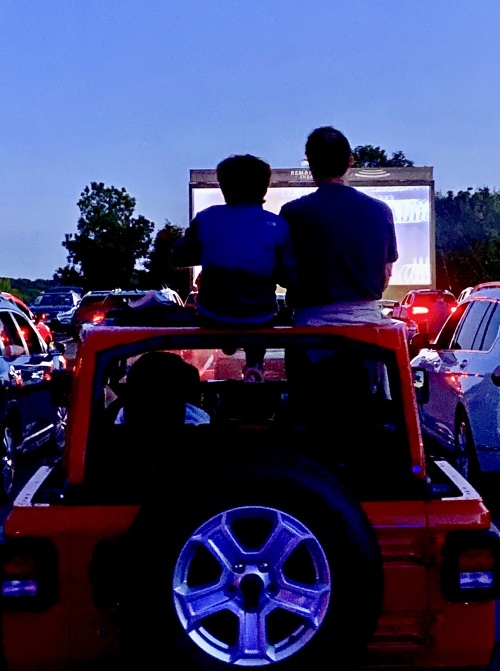 It was like a throwback to the previous century — and not just because of the movies shown.

A few neighbors worried about noise. But there were no outside speakers. Sound came through the magic of FM radio. 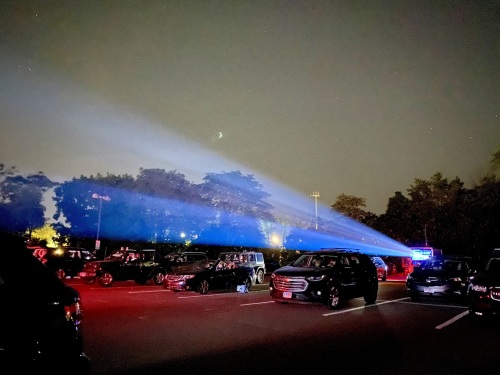 Oh, yeah: Friday’s showing was a benefit for the Westport Woman’s Club. Proceeds helped make up for the loss of their big undraiser this year: the Yankee Doodle Fair.

You know. One more event that makes the Imperial Avenue spot more than just a parking lot. 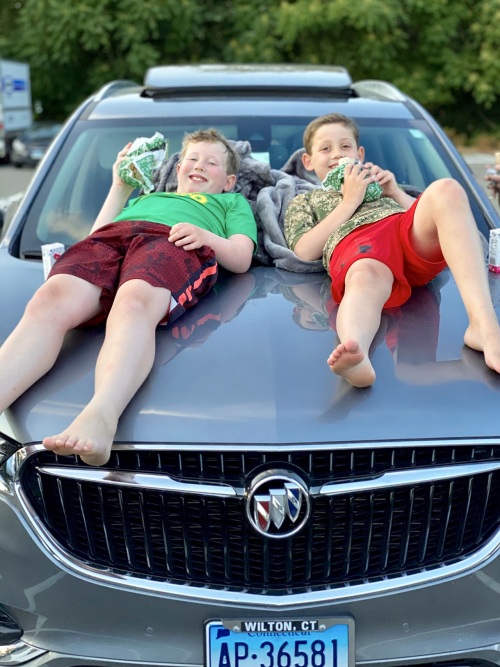 Two more films are scheduled for next month. Watch this space for coming attractions. 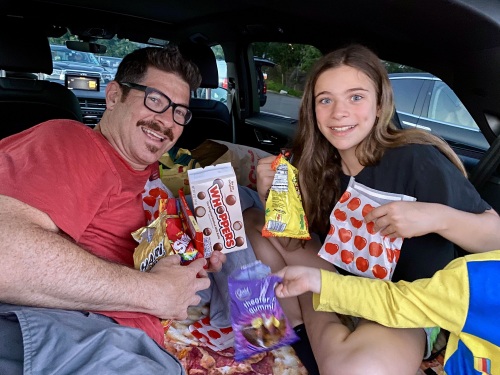 Bringing your own candy is much cheaper than the multiplex. 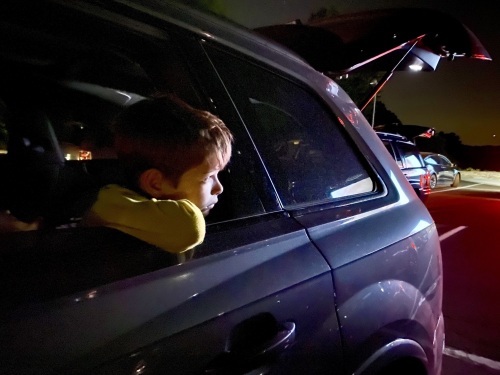 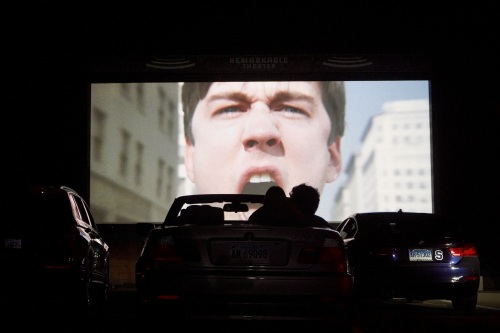 16 responses to “Movies In Westport: Remarkably, They’re Back”