That “lower” school was located at 37 Clapboard Hill Road — with funds previously donated by Mr. Bedford. It started as 2 rooms; he later added 2 more. In 1916 it looked like this: 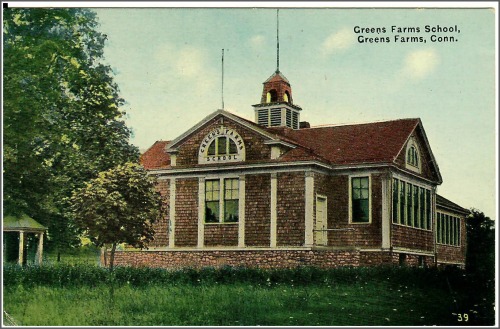 According to Kitty Field Graves, who grew up in the house (and lived there from 1944 to 1960), for several years after the new school was built, the Clapboard Hill property became “a kind of boarding house or single room occupancy.”

During the Depression, an interior designer purchased the house and incorporated stained glass windows, crystal chandeliers, mahogany paneling and more from the demolished Wendell Mansion in New York.

The building still stands, as a private residence. It’s a bit larger than when it was a school. But it’s just as graceful — 21st-century style. 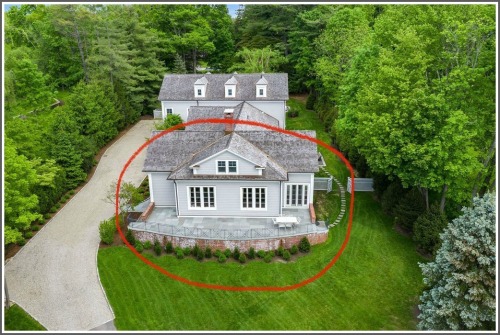 Thanks to alert “06880” reader/amateur historian Seth Schachter, for the postcard of the school, and today’s image via Zillow.