Ginger Baker — the legendary drummer for Cream, Blind Faith and other famed bands — died today. He was 80 years old.

In 1968, the band — which included Eric Clapton and Jack Bruce — played at Staples High School. David Jones was there.* He posted this souvenir on Facebook, as a tribute. 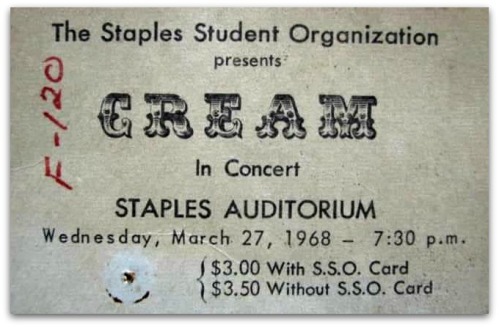 Jeremy Ross was there too. Here’s his photo of Ginger Baker, on the Staples stage.

Like Loading...
This entry was posted in Entertainment, Looking back, Pic of the Day and tagged Cream, Ginger Baker. Bookmark the permalink.