It’s been a tough year for Coleytown Middle School.

But moving to a new building did not stop some of the students from working hard in preparation for the Connecticut Science Olympiad Tournament.

On Sunday in Farmington, they turned in outstanding performances at the tournament — in all 23 events.

Coleytown students coached by Keenen Grace finished 7th in the state, including 10 top 5 finishes. The state Olympiad director gave a shout-out during the awards to the CMS students, saying they had done “particularly well” given the circumstances. 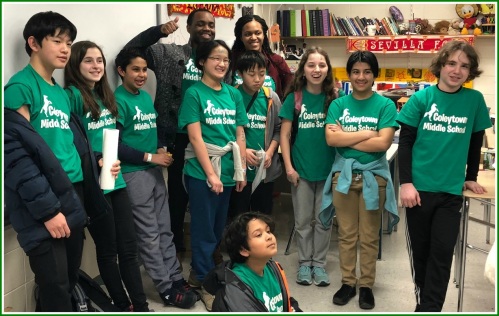 The B team was not far behind, in 3rd place.

Congrats to all our great middle school Olympians!

… and the Bedford Science Olympians.