This Saturday at 4 p.m., when the Westport Cinema Initiative screens “The High School That Rocked!” Fred Cantor will sit contentedly in the Town Hall auditorium.

Few in the audience will know that the ever-smiling Westporter came up with the idea for a film about 6 major bands — you may have heard of the Doors? — that played at Staples High School in the mid-1960s.

Cantor then produced the intriguing film. He tracked down archival photos, arranged interviews and found funding.

Fred Cantor, at the opening of the Westport Historical Society’s “The High School That Rocked!” exhibit. (Photo/Lynn U. Miller)

After the talkback that follows the showing, Cantor will head across the street to the Westport Historical Society for a cocktail hour. Guests will enjoy the “High School That Rocked!” exhibit — inspired, and curated in part, by Cantor.

At 8 p.m. Saturday, Cantor will sit on the Levitt Pavilion grass. He’ll watch with satisfaction as an all-star cast of Staples High School 1971 classmates — Charlie Karp, Brian Keane and Michael Mugrage, all of whom played and recorded with the biggest names in entertainment — join several other very talented ’71 classmates for one of the best shows of summer.

Cantor masterminded that event too.

He won’t get much credit for any of this. But he won’t mind. It’s just his way of contributing to the life, joy and history of the town he’s called home since he was 10 years old.

Cantor moved to Easton Road with his family from Fresh Meadows, Queens. (He loves that place too — and wrote a book about the middle class families that thrived there after World War II.)

While serving as a public interest lawyer in New York City, he and his wife Debbie Silberstein bought a 2nd home on Drumlin Road. They now live there full-time. True to his volunteer — and community-minded — form, Cantor is active in his road association, and a great neighbor to all in need. 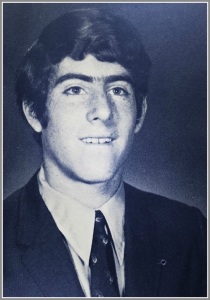 His selfless ways are legion. Several years ago, a Staples freshman soccer player with a single mother had no transportation after practice and games. Every day, Cantor — a former soccer star at Staples and Yale — drove him home.

Twenty years ago Cantor combined his passions for soccer, writing and history with a book, “The Autumn of Our Lives.” He followed the Staples team for an entire season, and told a compelling story of the changes — and similarities — between 2 teams, 25 years apart.

Cantor has done more than perhaps anyone in the world to keep the Remains’ memory alive. The Westport band that opened the Beatles’ 1966 tour — and that was, Jon Landau said, “how you told a stranger about rock ‘n’ roll” — has been memorialized in an off-Broadway play (“All Good Things“) and documentary film (“America’s Lost Band“).

Cantor came up with the idea for both. And made sure that both got made.

Always, he stayed out of the limelight.

These days you can often find Cantor at the Westport Library. He’s researching some element of Westport history.

You may not have known the enormous impact Fred Cantor has had on this blog. Or this town.

Now that he’s this week’s Unsung Hero, you do.

(Know of an unsung hero we should celebrate? Email details to dwoog@optonline.net)