But I had no idea it would be so life-changing — and certainly not so quickly.

John called her, and learned her story.

Mary Lou is a native Westporter — Staples High School Class of 1958 — who was transplanted to Texas in the early 1970s. She’d read the “06880” piece, and wondered if John could help.

She did not have the exact dates. But sometime in the mid-1950s, the daughter of a friend of her grandmother gave birth to a baby girl.

They received great help from their Westport friends — including Mary Lou’s family. All took turns helping care for the baby. For a while, the little girl lived in Mary Lou’s home.

Ultimately the birth mother accepted that she could not continue to care for her child. She made the wrenching decision to give her up for adoption.

Left behind in Mary Lou’s house was a sterling silver baby cup, engraved with the child’s initials. Around 4 decades ago, Mary Lou’s mother gave it to her for safekeeping.

Mary Lou still had that precious cup. She polished it regularly — always hoping to find a way to return it, and tell the owner how much she had been loved and adored, and how talented and special her mother and grandmother were.

Mary Lou provided a few names and personal details. In less than a week — despite starting with an incorrect birth date — our intrepid forensic genetic genealogist struck gold. The baby girl is now a grandmother named Linda Ogden. She still lives in Fairfield County.

Mary Lou quickly flew north from Texas. She carried the sterling silver baby cup on the plane. Yesterday afternoon, they were together for the first time in nearly 7 decades. 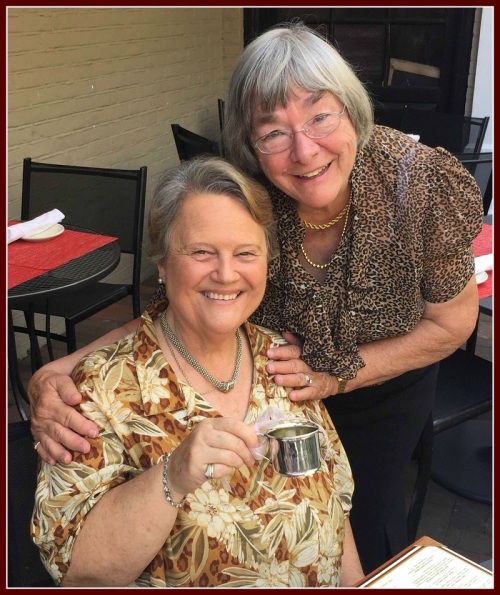 Mary Lou — the only living person left who personally knew Linda’s birth mother and grandmother — told stories about them. She assured Linda that both women loved her dearly.

And she gave back the sterling silver baby cup that had been left behind in Westport, all those years ago. 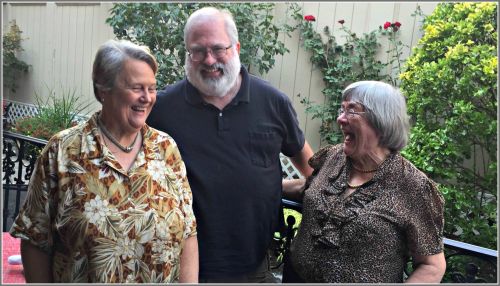 Like Loading...
This entry was posted in Looking back, People and tagged adult adoptees, John Suggs, Mary Lou Schmerker. Bookmark the permalink.