Yesterday, he took the 2:34 train home from New York. It did not stop at Green’s Farms — where he’d left his car that morning — so he got off at Westport. 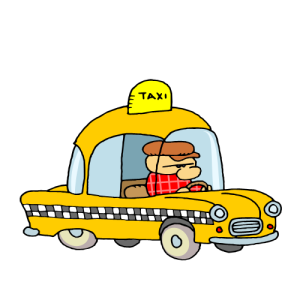 He tried to hail 2 separate Saugatuck Taxi cabs. Neither offered him a ride. He wore a business suit, he says, but he might have been invisible.

One driver did ask where he was going. He replied, “what does it matter?” — and walked over to Westport Taxi.

The princely sum did not buy him a royal ride.

“The cab was old and filthy,” our reader reported.

And because the drive refused to fasten his seat belt, alarm bells rang every few seconds.

When the rider called the driver’s attention to it, the response was swift.

And on he sped.