In many ways, Larry Untermeyer’s life mirrors lots of residents who arrived in the 1950s and ’60s.

He and his wife Nikki raised 2 kids. When she retired after 23 years as a Weston Middle School teacher, they traveled the world. With good friends Ted and Carol Diamond, they visited 30 countries.

She died nearly 6 years ago, of pancreatic cancer. That’s where Untermeyer’s story diverges a bit from other Westport 91-year-olds.

A month after Nikki died, he had a major operation and almost died. He had to learn to walk and write all over again.

Just a couple of months later, he took a trip. He spent 3 months in southeast Asia.

His daughter Lynn — a longtime “06880” photographer — was terrified.

Untermeyer had a wonderful time. He calls it “one of the most extraordinary trips of my life.”

It was not his last. He’s traveled overseas 6 times since then. Untermeyer just returned from several wonderful weeks in Tanzania. It was his 7th time there. Each trip has been to a different country.

The Serengeti in Tanzania. (Photo/Larry Untermeyer)

His traveling companion was Bill Balch. A former Westporter whose wife died a year and a half ago, he now lives at Meadow Ridge. Previously, the men traveled to Greece — where they rented a car, and also sailed through the islands — and, on another trip, throughout Europe.

The 2 men knew each other through the Y’s Men’s Camera Club. Untermeyer had carried a camera throughout his many trips as an advertising executive. In retirement he became a noted photographer for, among other outlets, “06880” and WestportNow.

Untermeyer and Balch shot over 7,600 photos. They captured “every creature that crawled, walked and swam in the rivers and lakes,” as well as “birds of all sizes and color, on the wing and under brush.”

Untermeyer timed the trip to photograph the annual migration of more than a million wildebeests and zebras. They gather on the wide open plains of the Serengeti, heading several hundred miles north.

“It’s a sight to behold and to photograph,” Untermeyer says.

He and Balch also spent time in the Ngorongoro Crater, an ancient collapsed volcano where rare beasts and birds graze and roam.

He heeded her words. Traveling — and photography — is energizing, Untermeyer says.

“I never wanted to sit around and feel sorry for myself,” he says. “I’m very lucky to have my health and my brain, and to be able to use my camera. As long as I can move around, I’m happy.”

Photography has been “a constant thread through my life. From my early days to now, it’s been a steady force.”

Untermeyer is already planning his next trip. It may be Portugal. Or Namibia.

Wow — last week’s Photo Challenge was harder than I thought.

The image itself was obvious: an aerial photo of Staples High School, in its autumnal glory. (Click here for the great shot.)

The challenge was: Where in Westport can you see the actual photograph?

There were plenty of incorrect guesses: Westport Library, the Senior Center, the Board of Education office, Rolnick Observatory, a charging station (!), even Staples itself.

Here’s the correct answer: It hangs in Town Hall — on the main floor, around the first corner to the right as you walk in the front door. To be precise: near the tree warden and Conservation Commission’s office.

It’s just part of a remarkable series of aerial photos, all taken by Larry Untermeyer a few years ago. They provide a great, comprehensive, beautiful bird’s-eye view of our town.

The rest of you: Go see the photos for yourselves!

Now it’s “time” for this week’s Photo Challenge. If you know where in Westport you’d see this, click “Comments” below.

Posted in People, Pic of the Day, Restaurants

The noted photographer — who has exhibited in countless shows, and whose shots enliven many local publications (including, gratefully “06880”) — was born on this lucky day: 7/11.

Larry Untermeyer with his aerial photos of Westport. They’ve been featured for years in a hallway exhibit at Town Hall.

The new nonagenarian shows no signs of slowing down. He recently returned from 6 weeks in Greece.

We’d ask him the secret of his longevity. But we can’t get him to stop and answer. 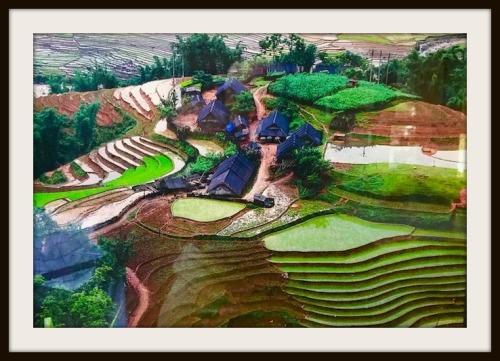 Posted in Beach, Pic of the Day

Posted in Beach, Pic of the Day

Zooming In On Westport

One of the last places realtors take prospective home buyers is Town Hall.

It should be one of the first.

At least, while Larry Untermeyer’s “Zoom in on Westport” photo exhibit is up.

Last summer and fall, Larry was a frequent flyer in Chuck Tanner’s Cessna 182.  The result:  stunning aerial photos of town, now hanging on the wall just around the corner from the auditorium.

Larry captured Westport in all our verdant and leafy glory.  The beach, Longshore, downtown, Staples — it’s all there, from a perspective you’ve never seen before.

Larry’s photos show how amazing our town is.  How small downtown is.  How much open space remains.  Who knew?

The photos hung, until recently, at the Westport Historical Society.  At Town Hall, they’re even more accessible.

Unless, that is, all those realtors and home buyers won’t let you near.