This is quite a month for the Southworth family.

The music — Heart & Soul plays songs from the 1920s to the 2010s, while the Nassoon’s are a very entertaining a cappella group — is tremendous.

But the concerts are just 2 more examples of the ways the very talented  Southworth clan gives back to the town. 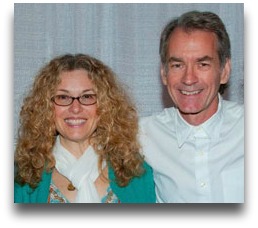 Frannie Southworth— well known for her television and radio commercials, and as country-western singer Jimmie Sue on “As The World Turns”– has lived in Westport for 22 years. She’s performed often at First Night, and ”Broadway on Beachside” for The American Cancer Society.

Frannie has helped raise over $50,000 for charities like Project ALS, World Hunger Year, and the Circle of Care’s main fundraiser.

This fall, he and Frannie donated their time and talents to the Caron Center, an event for drug and alcohol abuse treatment.

Their son Alan has followed the family tradition of community involvement. A singer, classical pianist, and bass and mandolin player, the 2010 Staples graduate raised money for the Hole in the Wall Gang Camp and the Invisible Children Club.  He has performed at many Westport functions, and with his parents at a nursing home.

His Princeton Nassoons group sings around the world, often for charitable causes.

December is a crazy month for everyone. It’s also a month when we try to give a bit of ourselves to others.

Just as the Southworths have done for so long.

Drew McKeon Can Go For That

Hall & Oates have a long history with Westport.

In 1985 they played the most-famous non-concert ever “held” here.  For the town’s 150th birthday celebration, an Inn at Longshore employee “arranged” for the pop stars to perform.  Nearly 5,000 people paid $20 a ticket — but the whole thing was a scam.  The duo never appeared, the employee vanished — fortunately, most Westporters were in a forgiving mood.

Jeff Southworth — now a Westporter, still involved in music — was the lead guitarist on the mega-hit “Kiss on My List.” 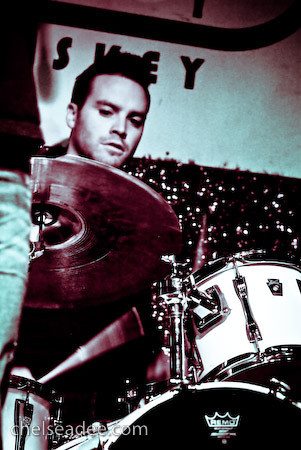 Drew — Staples Class of 2000 — has always been a musician.  After graduating from NYU as a religion and history major (don’t ask), he hooked up with fellow Stapleite Justin Paul on projects like “Broadway Boys” and “Altar Boys.”

He did the Warped Tour in 2005 — playing 50 cities in 60 days, with artists like Billy Idol and Fallout Boy — and in St. Bart’s, Jimmy Buffett sat in with Drew’s band.

Versatile local musician Eliot Lewis — formerly of the Average White Band, now with Hall & Oates — recommended Drew.  He helped open for the duo last year in Trumbull, so when the regular drummer couldn’t make this tour, Drew was a natural.

There’s a free show this Friday in Hamden, then concerts in Chicago and Iowa (plus private parties).

The singers — and their backup band — are all “first-rate musicians,” Drew says.

“Their live versions are much more nuanced than their recordings.  There’s lots of improvisation and extended solos.  I thought I knew the songs” — he’d played them at club gigs and weddings for years — “but I really have to get up to speed.”

Drew cleared his schedule to work on the music.

He also headed to the studio to talk to Daryl Hall, as he recorded his new album.  They talked about mutual influences like Stevie Wonder.

In Drew McKeon’s case, touring with 2 pop legends just happens to be so.