Dana Johnson moved to Saugatuck over 30 years ago. He married Ginny, and is an avid tennis player.

He’s our unsung hero because of all his work with the Senior Center. He serves meals, calls Bingo every Thursday to a devoted crowd, and organizes events like the Staples Senior Golf Tournament — an inter-generational event involving the high school boys and girls teams that benefits the center’s fitness program.

Dana Johnson (2nd from right, with clipboard), at the Staples Senior Golf Tournament.

Dana also volunteers 2 days a week at the center’s congregate lunch program, as a “waiter.”

Loretta Hallock calls him “one of the most unselfish people I know.”

Senior center director Sue Pfister adds, “Dana’s warm smile and gregarious personality are welcome any day of the week here. The only problem I have with him is, he’s a Red Sox fan!”

Congratulations, Dana. Thanks for all you do, for so many!

This year they headed to Cuba.

The 24 teenagers and 15 adults did not do as much “work” as usual. This was more “cultural immersion,” says youth group coordinator Dana Johnson.

They visited an orphanage, churches and families whose children have disabilities. They did plant coffee, pick and peel “thousands” of mangoes, and moved bags of sand at a construction site.

…and moving bags of sand.

They also went to Varadero Beach, a favorite spot for Canadian and European tourists.

But mostly, they forged what they hope are lasting friendships.

The Saugatuck Church group rode around in an old school bus, emblazoned with “Pastors for Peace.”

…and a peek inside.

Wherever they went, Cubans waved. “They’re so happy to see Americans,” Johnson says. “We felt like rock stars.”

One woman excitedly handed her baby to the female travelers. She could tell everyone that Americans held her child.

At a seminary in Matanzas, a pastor asked them to pray for him, and his country. “He was excited that the blockade has been lifted,” Johnson explains. “But he’s worried about the future. Capitalism can be precarious. He’s concerned that income inequality will widen.”

The teens and adults spent only a couple of hours in Havana. Mostly they were in Matanzas, and outlying villages. Though Matanzas is a big city, Johnson says it felt like something from “a different era.” Horses and buggies roamed the streets; farmers sold eggs and bread from bicycles.

Before the trip, Johnson says, the teenagers thought their task was to help people.

They realized quickly, though, the power of simply meeting other people, and hearing their stories.

“Our kids came away feeling that they’d been helped,” Johnson notes.

“When we debriefed each night, they talked about not judging people until you listened to them.” 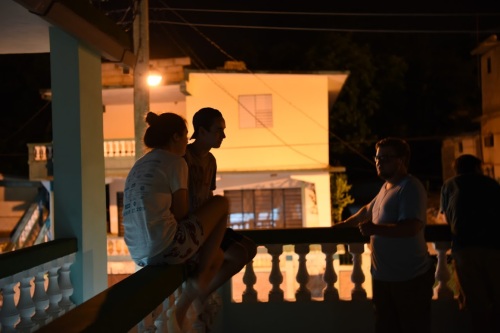 The Cubans do not need help, she adds. “They just need their stories to be heard and validated. The kids got that. I think they came home more willing to hear other people’s stories.” 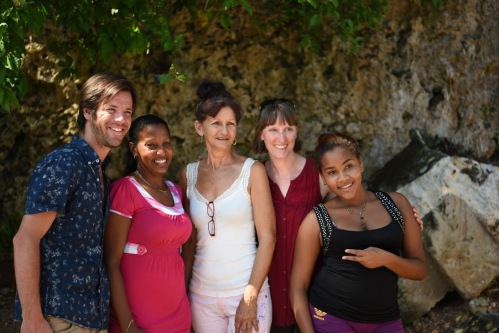 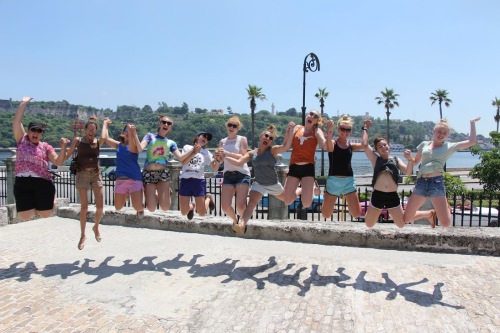