I knew there would be more than one Westport connection to last night’s Grammy Awards.

In addition to Daniel Tashian’s part in Kasey Musgraves’ Album of the Year, Staples High School grad Justin Paul picked up his 2nd Grammy. He and his songwriting partner Benj Pasek were honored for “The Greatest Showman” — named Best Compilation Soundtrack for Visual Media.

Pasek and Paul are great showmen — and songwriters — for sure. They will pick up many more Grammys (and other honors) for years to come. 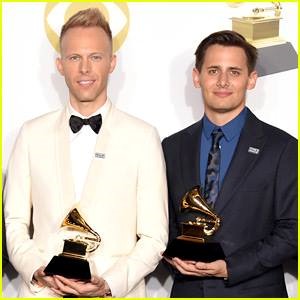 And The Grammy For Album Of The Year Goes To…

But there — standing right next to the country music star last night, at the 61st annual awards in Los Angeles — was Daniel Tashian.

He shared in the award — twice. He’s one of the album’s 3 producers — and one of 3 songwriters too. He shares both credits with Musgraves and Ian Fitchuk. 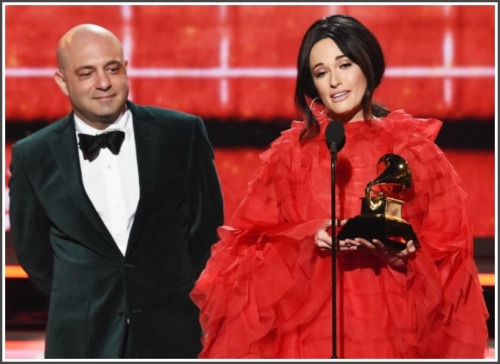 The “06880” connection: Tashian is the son of Barry and Holly Tashian. Both are Staples graduates.

Their names are familiar to Westporters. Barry fronted the Remains, the legendary band that toured with the Beatles. He went on to play guitar with the Flying Burrito Brothers and Emmy Lou Harris, among many others.

A longtime resident of Nashville, he carved out a rewarding performing, recording and songwriting career alongside his wife, the former Holly Kimball. She’s got a beautiful voice. Together, they’ve performed all over the world.

Neither the Remains, nor Barry and Holly Tashian, won a Grammy — though they sure should have.

But they’re just as proud today as if they’d won a dozen themselves.

(Do you know of any other Westport/Grammy connections? Click “Comments” below. Hat tips: Marc Bailin and Fred Cantor)