May 14 was the 99th anniversary of the day a young couple signed a 5-month lease for a modest gray cottage on South Compo Road.

It was not big news. In fact, it took the Westporter-Herald — the local newspaper that chronicled every visitor, gathering and event in town — until the next month to run this small item:

“F. Scott Fitzgerald, a writer, has leased the Wakeman Cottage near Compo Beach.”

The iconic (and Photoshopped) shot of F. Scott and Zelda Fitzgerald, in front of their Westport home.

But the honeymoon home of Fitzgerald and his new bride Zelda — they’d gotten married on April 3 –had a profound impact on both. It appears in more of their collective works than any other place they lived.

With good reason. The couple drank and partied all summer long.

In case you missed last year’s Gatsby Day event, 1st Selectman Jim Marpe read a declaration. Richard Webb and Robert Steven Williams — Westporters who have study Westport’s impact on Fitzgerald, and keep it alive via a documentary and book —  cracked a bottle of champagne. One other person showed up to watch. 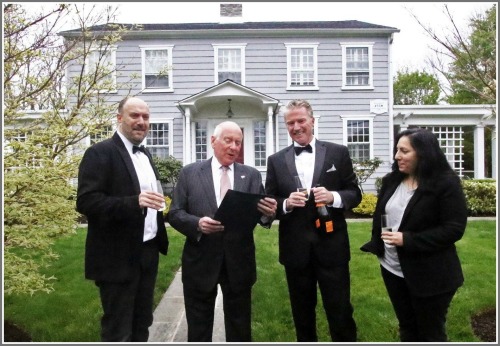 It was supposed to have been the site of Westport’s 2nd annual Gatsby Day. A big celebration was planned foro today. After all, “centennial” sounds a lot more impressive than “99th anniversary.”

The COVID virus scuttled all that. So Webb, Williams, the one or two random people who may have showed up today, and all the rest of us will have to do the next best thing: enjoy last year’s part-legalistic, part-whimsical proclamation. 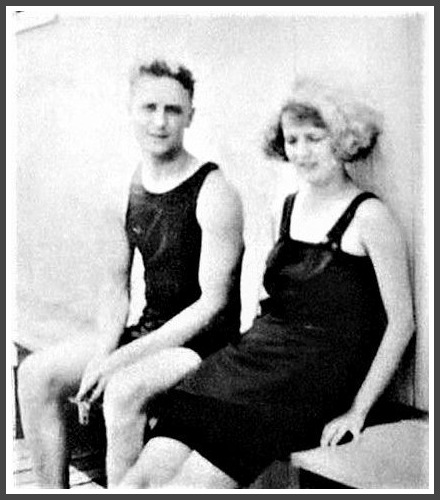 F. Scott and Zelda Fitzgerald at the Compo Beach bathhouses, in the summer of 1920. (Courtesy of F. Scott Fitzgerald Trustees and Richard Webb)

TO ALL TO WHOM THESE PRESENTS COME – GREETINGS:

Whereas, It was also the year Scott and Zelda Fitzgerald came to Westport, 1920.

Whereas, 99 years ago, on this very day, the Fitzgeralds signed a lease right here at 244 South Compo Road. Owned by the Wakeman family, this New England colonial stood defiantly then, as Scott once wrote. And today, this façade looks very much like it did when they lived here. 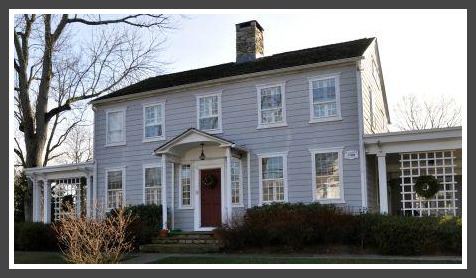 Whereas, The Fitzgeralds spent their honeymoon months here. Both Scott and Zelda would repurpose this Westport experience in fiction and essays. Zelda would even paint this home on a lampshade that showcased places that meant something special.

Whereas, most remarkable, the seeds of The Great Gatsby are here on Compo Road.

Whereas, we are gathered here today to celebrate the impact of two remarkable cultural icons that launched in Westport a revolutionary American literary movement that has influenced in innumerable ways every aspect of the creative life of the United States. 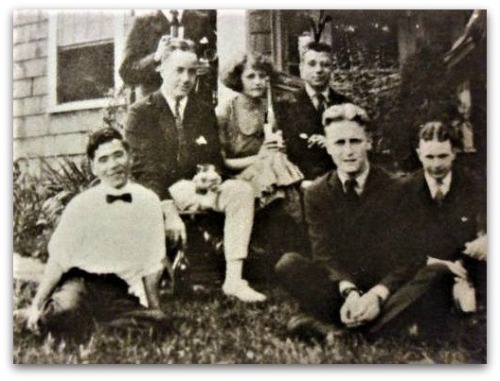 Party at 244 Compo Road South! From left: Tana, their butler; John D. Williams,  Broadway actor, director and producer; Zelda Fitzgerald; John Jean Nathan, author and critic; F. Scott Fitzgerald; Princeton classmate Alexander McKaig. According to historian Richard Webb, Zelda may have been having an affair with Nathan at the time. McKaig kept a diary of his Westport visits, an excellent window into their time here. (Courtesy of F. Scott Fitzgerald Trustees and Richard Webb)

NOW, THEREFORE, I, James Marpe, by the authority vested in me by the laws of Westport, do hereby proclaim May 14, 2019, as

So that residents of Westport and fans of the Fitzgeralds, far and near, can celebrate the joy and intrigue that comprised their stay here, back in 1920.

IN TESTIMONY WHEREOF, I have hereunto set my hand and affixed the Seal of (governing body) this 14th day of  May, in the year of 2019  that we are here to mark the inauguration of the first annual Great Gatsby Day in Westport. 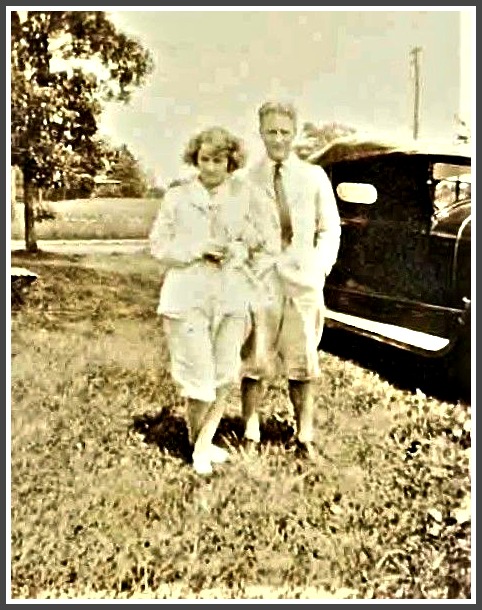 F. Scott and Zelda Fitzgerald, resplendent in matching white suits, ready to leave Westport to visit Zelda’s parents in Montgomery, Alabama. According to Richard Webb,
“a woman wearing such a suit at that time was considered so scandalous they were denied entry into at least one hotel on the trip south.” (Courtesy of F. Scott Fitzgerald Trustees and Richard Webb)