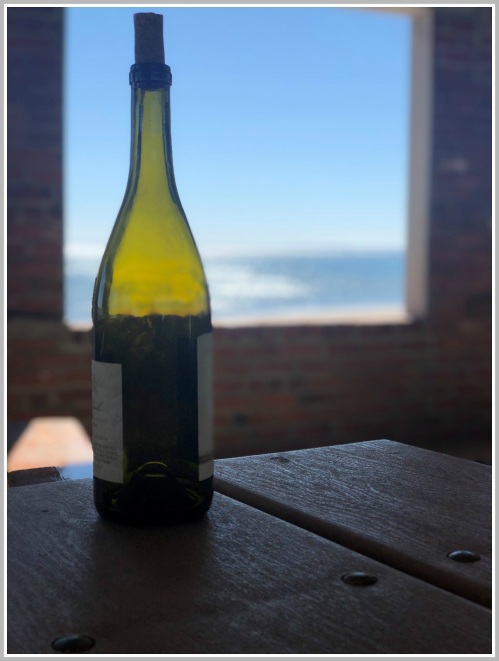 Doris Ghitelman took this photo yesterday at the Compo Beach pavilion. A few hours later, town officials closed the parking lot until further notice. “I guess the person who left this can no longer self-medicate there,” Doris says. 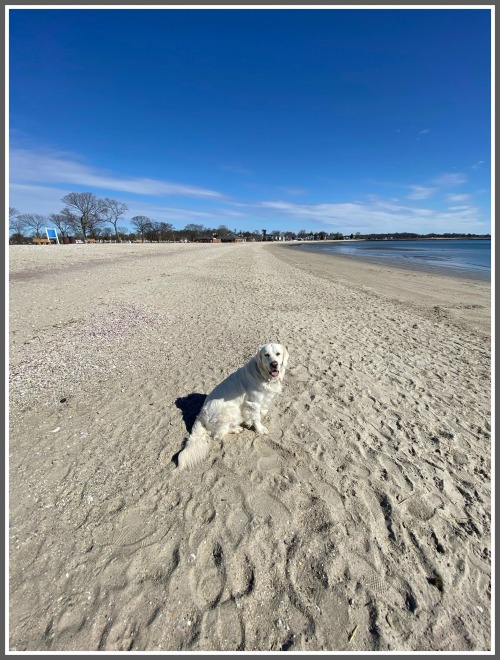 In mid-morning, Compo Beach resident Jim Hood and his dog Koda were the only ones there. A couple of hours later, cars were parked all along Soundview Drive. 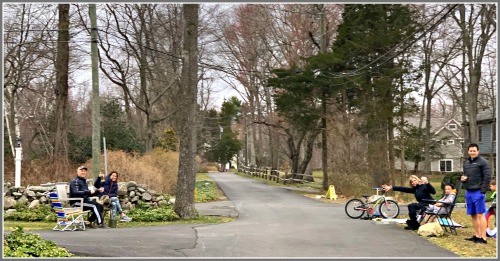 Meanwhile, families on Pheasant Lane practiced social distancing. They were both social and distant, while awaiting a dinner delivery from Kawa Ni. (Photo/Adam Goldberg)

Like Loading...
This entry was posted in Beach, Pic of the Day and tagged Compo Beach pavilion. Bookmark the permalink.