My family and I moved to the area a little over a year ago. We came to town after Coleytown had merged into Bedford.

The town was in a bit of an uproar. Some of our first interactions with neighbors were invitations to sign petitions or accompany them to meetings to speak out against the combined schools.

We respectfully declined the invitations. We were grateful the town had a facility that could absorb the Coleytown students, and honestly, our 7th grader was having an amazingly seamless transition despite the crowded hallways.

Although we were sensitive to other people’s concerns, in the grand scheme of things we really didn’t feel like we had anything to complain about.

Since then, our children’s experiences in the Westport schools have continued to be positive, but the angst swirling around education has certainly not subsided. Between redistricting/split feeder scenarios. budget cuts and the uncertainty surrounding the reopening of Coleytown, residents have not been at a loss for things to complain about.

In the midst of all of it I have witnessed something kind of remarkable. 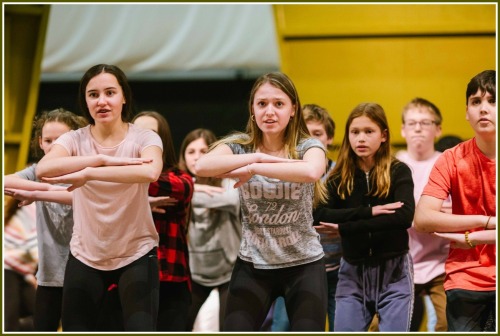 Rehearsing for “Matilda the Musical.”

My middle son, now in 8th grade, has become very involved in the theater program at Bedford. This year, rather than keeping the 2 school populations separate, they combined all of the resources and created a single student body.

This has been a tremendous benefit to the arts, in my opinion. I think of the combined theater program at Bedford as the “something beautiful” that grew out of the chaos of the past year and a half.

The program that resulted from the collaborative efforts of the Coleytown and Bedford educators is worth talking about. Instead of being overwhelmed by the combined population, they took it as an opportunity to further develop their programs and provide an even more enriching theater arts experience.

They created a tech program that is thriving and enabling students to become skilled in all aspects of production, while supporting an ambitious year of performances across the 3 grades. They even created student directing experiences for 8th graders in support of the 6th grade spring production. 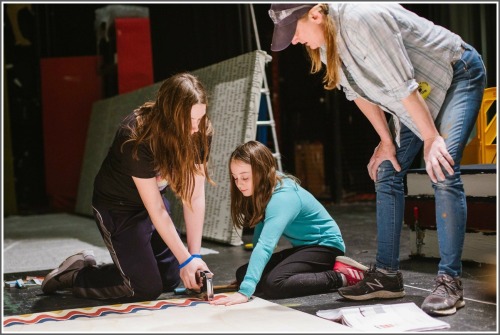 Learning the tools of the theater trade.

The Bedford Theater Company, which is co-led this year by Karen McCormick and Ben Frimmer, with help from Alicia D’Anna, is currently rehearsing for Roald Dahl’s “Matilda the Musical.” There will be 4 performances the weekend of March 27.

Mr. Frimmer assembled an all-star production team of working professionals to help him bring this quirky piece of literature to life. Matilda is the only offering this year that included all 3 grades. If Coleytown reopens on schedule it will be the only time this ever happens.

“Matilda” creates an opportunity to highlight what is possible when a community comes together and makes the most of a situation. The students. educators and professionals have taken this tumultuous moment in Westport’s time and turned it into something to celebrate. 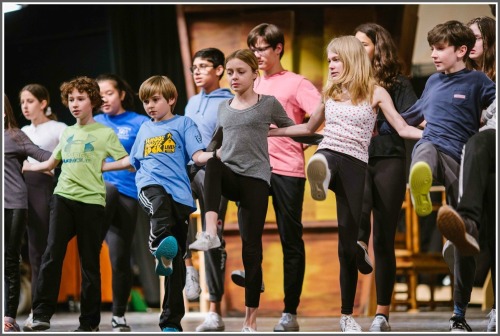 “Matilda the Musical” will be performed at Bedford Middle School the weekend of March 27. (Photos/January Stewart)

“Matilda” is a great example of how the Coleytown crisis actually served to enrich the middle school student experience in Westport. It is fitting that one of the overarching themes of “Matilda” is the idea of standing up in the face of adversity.

Thanks, Amy. You nailed it. This week’s Unsung Heroes are everyone who makes this production of “Matilda the Musical” possible. Click here for tickets and more information. To nominate an Unsung Hero, email dwoog@optonline.net.