You Can Be A Star. Well, Your House Can, Anyway.

Sure, jobs are fleeing Connecticut like fans at a Bengals game. It seems the only work left here is in a hedge fund, consulting or (who knows?) perhaps Nordstrom, when the new Norwalk mall opens (whenever).

But there is one growth industry in the Land of Steady Habits: TV and movies.

Specifically, renting out your house (or organization) for a television or film shoot.

The state Office of Film, TV & Digital Media — part of the Department of Economic and Community Activity — acts as a liaison between production companies, towns, local crews and vendors.

Part of its function is to help find appropriate locations for TV networks, movie studios and commercial producers. In other words: If you need a nice suburban home, bustling city, beach, farm, railroad station or other scene for your show, film or ad, they’ll find it for you. 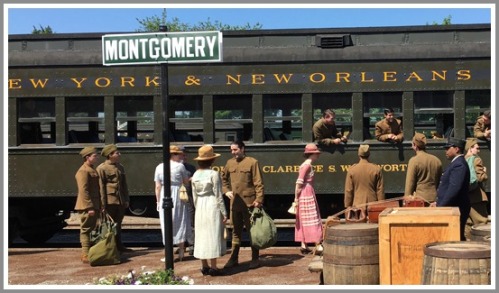 Scene from a movie recently filmed in Connecticut. No, there was never a “New York and New Orleans” railroad.

Presumably, they can also find a crumbling highway, dilapidated apartment or abandoned corporate headquarters too.

So has Main Street (probably the Downtown Merchants Association) and the Saugatuck River (no clue).

A number of homeowners also offered their houses for filming. Styles range from Colonial and contemporary to shingle cottage and (somewhat immodestly, but hey, it’s the movies) “Perfect New England Home.” 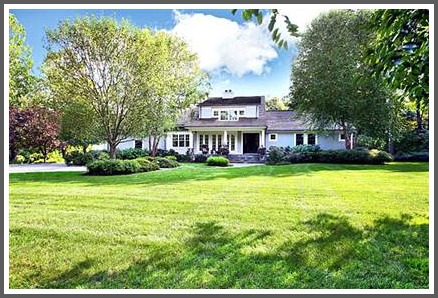 According to a recent New York Times story, compensation ranges from $1,500 to $50,000 for use of a home. At least, those are city prices.

Westport is no stranger to filming. “The Man in the Gray Flannel Suit,” “The Swimmer,” “The Stepford Wives” — all were shot, in part, right here.

So was “Manny’s Orphans” — Sean Cunningham’s unforgettable film about a hapless soccer team.

Hey, it was unforgettable to me. I was in it.

I have no idea how much Greens Farms Academy was paid for the use of their facilities.

But whatever Sean paid, it was worth it. We had a food fight of epic proportions right there in their beautiful, staid library.

And if that story doesn’t want to make you offer your home or business to the movies, nothing will.