Trained at NYU and Bellevue Hospital, Dr. Mergenthaler performed the first coronary bypass in New England in 1969. He went on to serve countless patients – and save many lives — as a cardiovascular and thoracic surgeon at St. Vincent, Bridgeport, Park City, Milford, Norwalk and Greenwich Hospitals.

In the early ’90’s, Dr. Mergenthaler was called to the intensive care unit to operate on fellow Westporter Don Imus. After relatively minor surgery, the doctor rode with the radio personality in an ambulance to New York City.

Imus thought it was all very funny, and mentioned Hank several times on his show in the following week. Hank’s friends called him “The Surgeon to the Stars.”

In the mid-80’s he was given another nickname, “The Sailing Surgeon,” when the Bridgeport Post chronicled his achievements in a feature story. 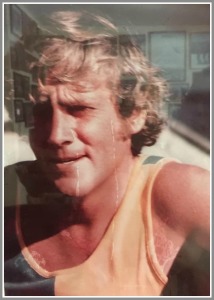 Hank’s loved sailboat racing, and competed in regattas around the world.   His list of honors includes winner of the Atlantic Nationals; winner of the Cedar Point Yacht Club Season Series and all 3 Commodore’s Cups; participant in the Regates Royales in Cannes, and commodore of the Mayor’s Cup in New York City. He was honored by the Sportsmen of Westport in 2000.

He continued competitive racing out of Cedar Point until 2017.

In the winter Hank and his family skied at Stratton, where they purchased one of the first slope-side homes.

All 5 Mergenthaler children — Tracy, Heidi, Gretchen, Eric and Karl —  graduated from Staples High School. Dr. Mergenthaler discussed his life in medicine at many career days, and showed a film of himself performing heart surgery to Staples biology classes.

In addition to his wife and children, Hank is survived by 12 grandchildren.

Like Loading...
This entry was posted in People, Sports, Staples HS and tagged Dr. Francis "Hank" Mergenthaler. Bookmark the permalink.

One response to “Remembering Hank Mergenthaler”