A Bedroom For Bryant

The National Charity League is a great organization. With over 250 chapters nationwide, it offers mothers and daughters a chance to work together on community service projects.

The Westport chapter is thriving. Its members include 18 Staples seniors. Many have worked together for 6 years.

They’re about to graduate — from high school, and NCL. They wanted their final project to be especially meaningful.

They heard about Circle of Care. Since 2005, its Art from the Heart program has transformed over 120 bedrooms and play areas in the homes of young cancer patients into lively, joyful wonderlands.

The girls spent weeks designing an amazing makeover for a teenager named Bryant. He lives in Beacon Falls, and is undergoing leukemia treatment at Yale New Haven Hospital.

Bryant’s bedroom, before the makeover.

They spent this past weekend turning their plans into reality. It was hard work. 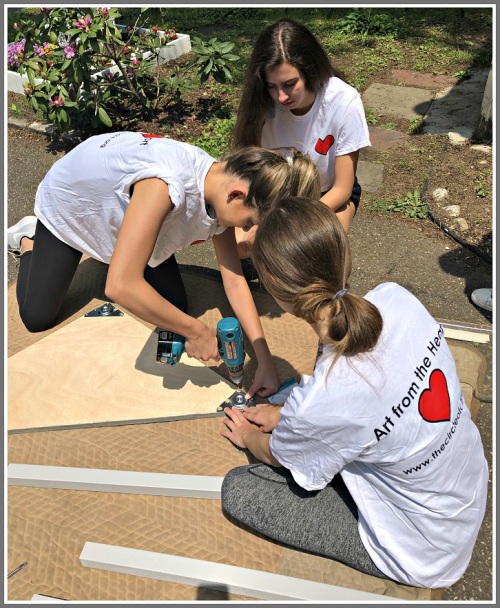 But then came the reveal.

Soon, the 18 National Charity League girls will graduate. They will receive many nice gifts.

But none can ever compare to the gift they all gave Bryant.

5 responses to “A Bedroom For Bryant”