Bernstein On Broadway — And The Westport Library

This year marks the 100th anniversary of Leonard Bernstein’s birth. The legendary composer/conductor had a profound impact on Broadway, the Philharmonic, television, young people. You name it, he touched it.

He also had strong local ties. For much of his life he had a home in Fairfield, just over the Westport line. Area residents knew him well. 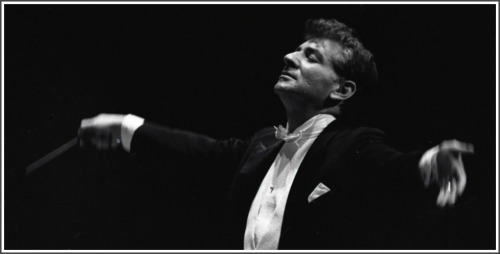 Andrew Wilk did not. But like many children of his era, he loved Bernstein’s “Young People’s Concerts” on CBS. They inspired his career in music and TV.

At New York University, Wilk was the only student who could read a full conductor’s score. When the CBS music coordinator was sick prior to a Lincoln Center show, Wilk’s professor got him to fill in.

The network paid him $50, and fired the other guy. At 19, Wilk won an Emmy for his work on the “Young People’s Concerts.”

He now has 4 more. And — in addition to his noted career as executive director of Lincoln Center for the Performing Arts — the Westporter serves as a trustee of the Westport Library. 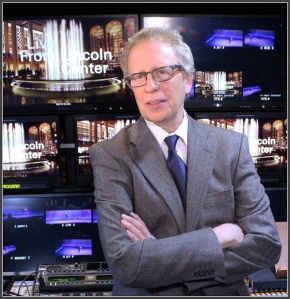 Andrew Wilk in the “Live From Lincoln Center” remote truck, during “Falsettos.”

Wilk had just produced the film version of “Falsettos” for PBS. He brought the director and cast to the library. It sold out the day it was announced.

So it’s only natural that this year he’s reprising his producing role for the Malloy Lecture — and focusing on Leonard Bernstein.

The first focuses on Bernstein and Broadway. A panel discussion with his children Nina and Alexander will be moderated by conductor/composer/ producer George Steel. Rare family footage will be shown, including scenes from their life in Fairfield.

The second half of the evening features live musical performances of iconic shows like “West Side Story,” “On the Town” and “Wonderful Town.” Broadway soloists will be joined by the Staples High School Orphenians.

It will all be “a unique perspective on an amazing man,” Wilk promises.

It’s one more in the series named after a remarkable person herself. Artist and philanthropist Susan Malloy  died in 2015, age 91.

Thirteen years earlier, she had endowed the lecture series. It’s a free, public annual discussion by a person with significant cultural influence, and whose work has enhanced the understanding and appreciation of the arts.

(The Malloy Lecture in the Arts has already sold out. Call the Quick Center at 203-254-4010 or email boxoffice@quickcenter.com to be put on the wait list. For more information, click here.)

One response to “Bernstein On Broadway — And The Westport Library”