Saugatuck Island: A Bridge To Somewhere

In recent days, the Saugatuck Island bridge project has been given the final touches. Traffic is once again busy to and from this neighborhood on Westport’s westerly shores.

The Saugatuck Island Special Taxing District arranged for whitewashing of the bridge railings, and has restored landscaping that had been disrupted by heavy construction equipment.

The new bridge replaces a quaint timber structure of wooden pilings and rustic railings originally built in the 1920s. 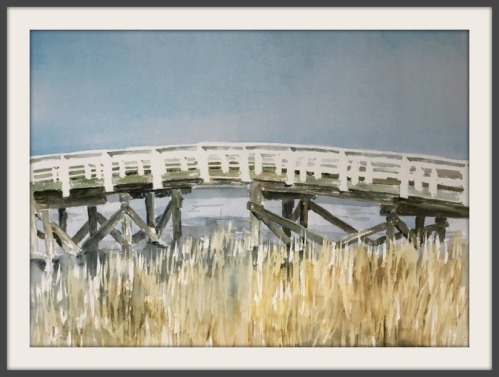 The old bridge was well past its intended lifespan in 2012, when it suffered structural damage in Superstorm Sandy.

The new bridge retains the feel of its predecessor, while providing greater safety, practicality and rock-solid durability. The single span of concrete deck sits on steel girders, with an asphalt surface. It is secured on 50-foot deep sheet pile abutments clad in concrete.

96 feet long and 20 feet wide, the bridge can hold 20 tons – more than sufficient to accommodate heavy emergency equipment, unlike its wooden predecessor. The bridge’s anticipated life span is 75 years. 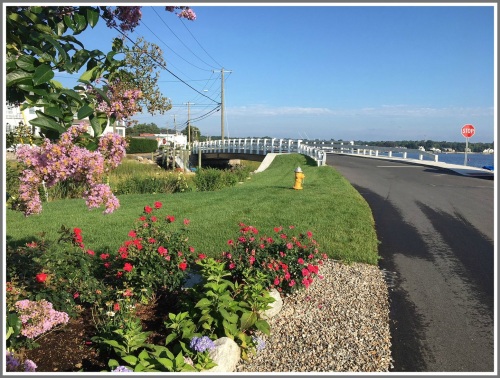 The bridge completion comes as Saugatuck Island has been experiencing a housing boom. During the past 5 years, about 1/3 of the approximately 100 properties on the island have changed hands. Prices range from $700,000 to $9.8 million.

Others have been expanded, elevated or otherwise enhanced. New construction has increased the number of larger, higher-end luxury residences.

In addition to 400 Westport residents, the island is home to Cedar Point Yacht Club, established in 1887, and the Saugatuck Shores Club (1946). 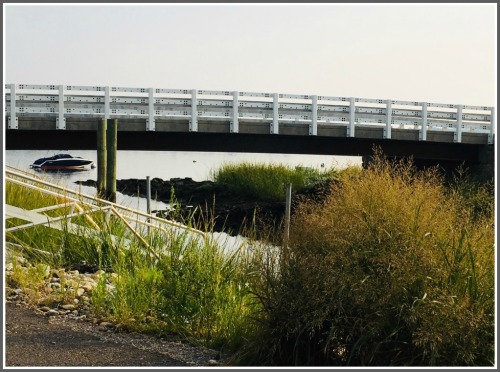 The Saugatuck Island bridge, as seen from Canal Road.

As for Saugatuck Island itself: Near the end of the 19th century, the Army Corps of Engineers cut a canal between what is now Canal Road and Spriteview Avenue, to provide a faster, safer route for onion farmers to transport their goods to Norwalk.

6 responses to “Saugatuck Island: A Bridge To Somewhere”