Keith Stein sent an email the other day. He wanted me to promote a special event.

Because it honors Bill Meyer, I said “sure!” 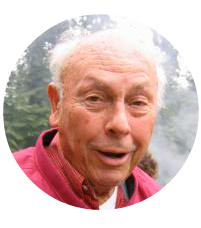 The event is a reception and staged reading of Thornton Wilder’s “Our Town.” It’s a fundraiser for the Westport Community Theatre’s Bill Meyer Scholarship.

Bill — who died last June, at 85 — was an avid WCT supporter, and served as a director.

But he did much, much more. He:

All those are great reasons to support the Bill Meyer Scholarship. But here’s the really intriguing thing about Keith Stein’s email, asking me to publicize the event:

Bill was also a staunch Republican. Keith is the chair of Westport’s Democratic Town Committee.

“Bill was an enthusiastic cheerleader for Westport,” Keith says. “I’m involved in the Democratic Town Committee because I want to promote Westport. Sure, he was a Republican. But he transcended politics.”

So did Keith’s email.

Washington: Are you listening?

(The Westport Community Theatre’s fundraiser for the Bill Meyer Scholarship is set for Saturday, October 24 [6-9:30 p.m.] at the Westport Historical Society. It starts with a wine and hors d’oeuvres reception, followed by a staged reading of Thornton Wilder’s “Our Town.” Tickets are $50 per person. Click here or call 203-226-1983.)