Chip Stephens: Why I Voted No

In the wake of Thursday night’s 6-1 vote by the Planning & Zoning Commission defeating a text amendment that would have permitted development of senior housing on the Baron’s South property, Chip Stephens sent this statement to all Westporters:

As chair of the Planning & Zoning, I owe you my explanation of our decision on text amendment 677.

Let me address 3 points that drove me to my position. There were more, but these were the biggest issues in my decision: fairness, density and open space. 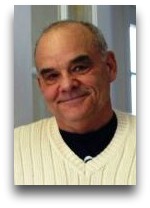 Fairness. 20% is the bare minimum affordability required of most projects, mandated by state statute. It is the minimum that also entails fairness of the affordable units, so they are not clustered by themselves, and match the same quality and size as other units.

This idea was dismissed in the original sub-text. It showed that affordable units would be limited to 1 bedroom, not necessarily the same size and type. It was later withdrawn due to concerns of the commissioners.

It was obvious from the start that the project planners were trying for the very minimum affordability offering they could get away with, in order to satisfy the developer’s “needs.”

Then we were told there would be a second tier of “moderate” affordable units (20%, with the possibility of being raised to 25%). This level may be moderate to some, but in reality was out of reach for many Westporters of that certain age. Believe it or not, not all have $1 million or more left in home equity or resources when they reach the qualifying age. Add to this the true price of market-driven units (the new 60 %).

Also, the affordability of the nursing or memory units was not addressed. Both of those units were guaranteed to be very profitable and very pricey, but merited very little discussion in the proposal (understandably so, to sell this project).

My  biggest problem regarding fairness was that we were told to “believe” that well-deserving Westporters would be the first and only to qualify for these subsidized units. What is a “deserving” Westporter ? Who decides this? On what basis?

Is it a lifelong resident? A resident of less than, say, 5 years? One who rented, or was on subsidized housing, or just summered in Westport and spent the balance of the time in Florida? 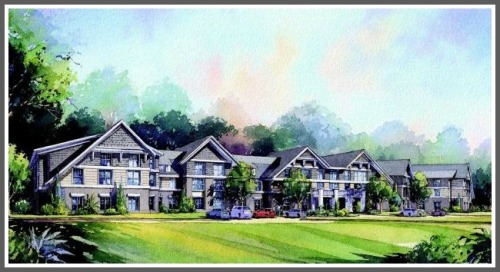 Chip Stephens wonders who would determine which “deserving” Westporters would be able to live at the Baron’s South housing complex.

Would there be a point system of lifelong taxes paid, of public and charitable activity, or would it just be whoever was the longest on the list of those wishing this type of housing?

Who would make that decision, and who makes the rules of what is right and fair? Would these decisions and rules be challenged by social advocates, using laws that “protect” the poor, religious rights, or race and nationality? This is a very slippery slope I believe we would face with such an exclusionary policy, whether state and federal funds were involved or not.  There is no certain promise or guarantee of such a “deserving Westport” — only entitlement.

Density. Regulations that set a cap on multifamily housing units to limit density were enacted by prior commissions. That cap is close to being reached. With hundreds of units being considered and on the drawing boards, we better be thinking about what kind of density we envision here in the next 3-5 years.

Do we accept the eventual morphing of Westport into a community like many Westchester County neighbors?  The recent downtown planning survey showed very strong agreement that residents appreciate the character and rural nature of the town today — not of the town of the 1950s, ’60s or ’70s. When we envision hundreds of new multifamily units, how will that impact our resources, taxes, schools and infrastructure?

Yes, the sub-text proposed said that raising this cap would apply to this one “issue” (though it did open the door to at least 13 qualifying locations). Nothing we face at P and Z is one-off. Just look at the issue of preservation of historic houses, or listen to developers use previous “one-offs” to justify their proposals.  This is a discussion which we all face now. It will intensify over the coming months.

Chip Stephens worries about other proposals for multifamily housing that are in the pipeline.

Open space. Westport open space, both public and private, is a finite resource. Once developed, open space is unlikely to revert back. Robert Moses tried to run multi-lane highways through Central Park in the ’60s. If not for the efforts of those looking to maintain New York’s open space as a sacred cow, today’s city would be much different.

Our beaches, open spaces and parks are not out of the reach of development. Such use has been discussed beyond just this project. Some people want more athletic fields, new art venues, new community center space, more affordable housing. All are very well-intentioned, laudable goals.  But there is only so much free space left in this town. When it is gone, it is gone.

We need to balance our goals, expectations and well-intentioned wants with the realities of limited space, our fragile watershed, etc. Our predecessors on earlier P&Z Commissions, along with others, worked long hours and gave great thought to the regulations that make Westport what it is today.

As your  current commissioners, we are the guardians of those rules. Of course, we are open to all who look to alter those rules to fit their intentions, whether socially or financially driven. It is our mandate to fairly consider all that comes before us. But it is our responsibility to judge in the spirit of  yesterday’s lessons, today’s opinions, and tomorrow’s inheritance of the legacy we leave behind.

The Planning & Zoning Commission must consider many different — and often competing — “town character” interests when interpreting existing regulations, and crafting new ones.

In conclusion: Remember, there still stands a regulation allowing a project of the Baron South type. That has not changed.

To those who are passionate and committed to this: The door is not shut. To all who that came and spoke both for and against; to those who worked hard over the past years on this effort, and to those who agree or disagree with our decision:  We gave it our best. We gave it an abundance of our time and thought. We gave all their chance to speak and their voices heard. We did what we saw as right, affirming Westport’s regulations and character.

We stand on our decision. I hope this helps you understand it.

12 responses to “Chip Stephens: Why I Voted No”