If Jean Paul Vellotti has his way, the Black Duck won’t be the only Westport restaurant literally on the water.

The local resident has his eyes on the Laurel. He calls it “America’s oldest and most historic oyster boat.” It recently retired from active oystering, and Jean Paul hopes to turn it into a floating oyster bar.

Unlike the Duck barge, though, Jean Paul’s 72-foot restaurant will actually move.

“Believe it or not, there are spots in the Saugatuck deep enough for the Laurel,” he says. “A cocktail hour and farm-to-table dinner on deck by a talented local chef is entirely possible.”

Jean Paul discovered the Laurel 2 years ago. Working in East Norwalk as a photographer  on a Whole Foods ad campaign, he climbed aboard a derelict boat  to get a great shot of his subject.

Back at the office, Jean Paul — who spent 20 years as a photojournalist and editor, with the likes of the New York Times and Ziff Davis — decided to research the old boat. 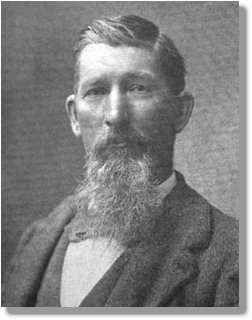 He learned the Laurel was built in 1891. For over a century it harvested and transported bivalves, roaming as far as Providence and the Delaware Bay.

Yet, Jean Paul learned to his dismay, the Laurel would soon be demolished.

He vowed to save her.

Jean Paul — whose maritime skills, woodworking talents and love of oystering were all fostered as a youth in East Norwalk — came up with an idea. He would keep the Laurel’s legacy alive, by serving the oysters it once harvested.

That’s even more audacious than it sounds.

The century-old deck is structurally sound. But it leaks badly, and the wood underneath is seriously damaged.

“If we can replace the deck, we’ll give her a whole new life,” Jean Paul says. “We’ll make her the queen of the fleet once more.” 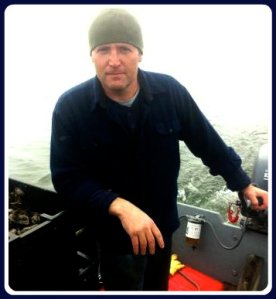 Jean Paul Vellotti, at the helm and with oysters.

The Laurel will offer a raw bar, soups and more. It will be fun; the prices, reasonable. “We can get oysters cheap,” Jean Paul notes.

It will float up the Saugatuck as far as the Bridge Street Bridge. It will head to Southport, Norwalk, Port Jefferson, Northport, and Great Peconic Bay. It’s even been invited to Pier 19, site of South Street Seaport.

But Jean Paul hopes that Westport will be the Laurel’s home.

He’ contacted Larry Bradley. The Planning and Zoning director said his authority extends only to the mean high water line.

Jean Paul also talked to the health department, fire marshal, even the Coast Guard. All said “go ahead!”

The next logical step: head to the bank.

“It’s tough for even a regular restaurant to get a loan,” Jean Paul says. “And this is a floating restaurant.”

So to kickstart his project, Jean Paul turned to Kickstarter. The funding website offers a variety of rewards, in return for pledges.

The Laurel, at Cove Marina.

Donate $5, and you’ll receive an oyster and clams on the house.

$35 gets you a 5×7 picture frame made from reclaimed deck planks. For $250, your name will be engraved on a new plank.

If Jean Paul gets his money by May, the decks can be repaired by the end of June.

The Laurel could float up the Saugatuck in July and August.

In September, it would head to a very cool event, one town away.

That one’s a natural: the Norwalk Oyster Festival.

(Click here for more information, or to make a pledge on Kickstarter.)