More than 45 years after it supposedly happened, whether the Beatles actually visited Murray the K* at his Bluewater Hill home is up for debate.

But no one can deny that without Westporter Al Brodax, “Yellow Submarine” would never have left the dock. 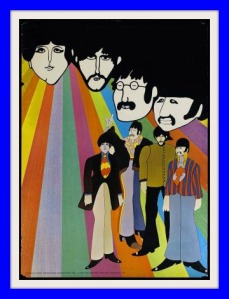 In the late 1960s, Brodax was head of King Features’ motion picture/TV division. He pitched the idea of a full-length film based on the song of the same name to the Beatles. (I’m sure he knew someone who knew someone who…)

The Beatles agreed to provide music for the animated film. (It was also a way to fulfill their contractual obligation to United Artists.) With Brodax serving as producer, “Yellow Submarine” was released to critical acclaim in 1968.

(Full disclosure: I always thought “Yellow Submarine” was the worst song in the entire Beatles discography. I had no desire to see the film, then or now.)

In 2004 he wrote Up Periscope Yellow: The Making of the Beatles’ Yellow Submarine. (Full disclosure: I have not read it, nor do I plan to.)

But Brodax is a great guy. He’s still around — though he’s migrated north, to Weston — and this Friday, April 13 (Westport Arts Center, 7 p.m.), the Westport Youth Film Festival will sponsor a fundraiser: the film, followed by a discussion with Brodax.

The cost is $15 for adults, $10 for students. Because it’s a benefit for the WYFF (with live music), I’m guessing there will be lots of teenagers in the crowd.

As in, “kids who are Beatles fans, even if they were born 30 years after the Beatles may or may not have visited Murray the K* in Westport.”

**DJ as in “radio disc jockey,” not “someone who plays music at proms, weddings and bar mitzvahs.”

24 responses to “The Beatles Visit Westport”