In the summer of 1966, the Standells hit it big with “Dirty Water.”  And the Remains toured with the Beatles.

I never understood why the Standells — a California garage band — sang about “the River Charles,” and said, “Boston, you’re my home.” 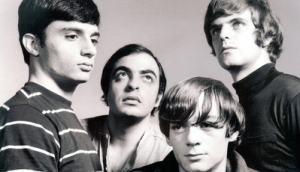 I cared much more about the Remains.  Though they never had a smash like “Dirty Water,” they’re revered now as “America’s greatest lost band.”  They were, Jon Landau said — channeling John Sebastian — “How you tell a stranger about rock and roll.”

And — though they began at Boston University, and are forever associated with that city — lead singer Barry Tashian and keyboardist Bill Briggs are Staples grads.

“Dirty Water” lives on.  For years, the Red Sox have played the song after home wins.

The Remains knew about baseball too — on the Beatles’ final tour, they opened for them at places like Shea Stadium, Dodger Stadium and Candlestick Park.

The Standells — 1-hit wonders — are long gone.  But the Remains have reunited, playing concerts to adoring fans here and in Europe. 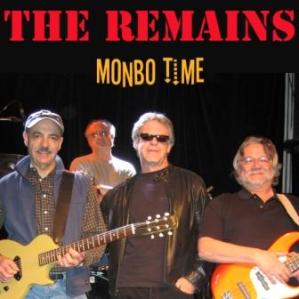 To honor “Monbo” — and Briggs, who has been diagnosed with bladder cancer — the Remains are donating 50% of revenues from the song to cancer research and treatment.

The band’s connection to the Red Sox is real.  Myles Standish Hall — their BU dorm — is a line drive away from Fenway.  When they were rockin’ the Rathskeller — a Kenmore Square landmark — Sox outfielder Tony Conigliaro was a fan.

Cantor — an attorney and longtime Remains fan who produced both an Off-Broadway musical and a documentary about the band — sees parallels between Monbouquette and the Remains.  “Both achieved a certain level of fame,” he says.  “But neither got the recognition they deserved.”

(“Monbo Time” is available at cdbaby.com, and soon on iTunes.  For lyrics and to hear a song clip, click here.  To read more about the recording, click here.)