Ted Simons’ death this week was a loss to the musical world.

It was a loss to Westport as well.

The 84-year-old longtime resident was a Broadway, television, film and cabaret musical director, composer and arranger. He created shows and films for more than 100 companies, including IBM, GE, Ford and Procter & Gamble.

He composed music for “Bye Bye Birdie” and “Anything Goes.” He worked on the Miss America Pageant, “Hullabaloo,” and TV specials with Barbra Streisand, Ethel Merman and Paul Anka.

Simons was a conductor and arranger for Bob Hope, Roberta Peters, the Four  Seasons, Shari Lewis, Leslie Uggams, Julius La Rosa and many others. He was the orchestra leader at the Waldorf Astoria Hotel in New York. 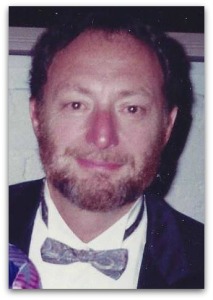 But he was just as active in Westport. Never one to turn down a request, he volunteered as musical director and conductor for many school shows, at Greens Farms Academy, and with the Y’s Men’s Hoot Owls singing group.

In 2009 the Senior Center honored him with a lifetime achievement award, for all he’d done for his community.

Buell Neidlinger — who grew up in Westport in the 1940s and ’50s, and is a very accomplished musician in his own right — worked on recording sessions with Simons.

“He was the consummate — maybe the most artistically able — producer/director of what we used to call ‘Big Splash TV,” Neidlinger — who now lives in Washington state — recalls.

“You don’t see those shows much anymore, on account of the expense. Some guys in his position were vicious. But he was the nicest and kindest guy.”

Working on “The Producers” with Simons was, Neidlinger says, “unbridled hilarity. Ted knew just how to respond to Mel Brooks’ constant interrupting joking. He kept everyone laughing Mel liked that! At the same time he kept the music going onto the tape — the producers liked that! It was quite a feat.”

There will be no funeral service. Instead, he asked, “Please sing or play a chorus of George Gershwin’s ‘They Can’t Take That Away From Me,’ in a slow tempo.”