Save The Pequot Library!

And the Pequot Library, which I haven’t.

The iconic building — listed on the National Register of Historic Places — is a perfect counterpoint to the Westport Public Library. 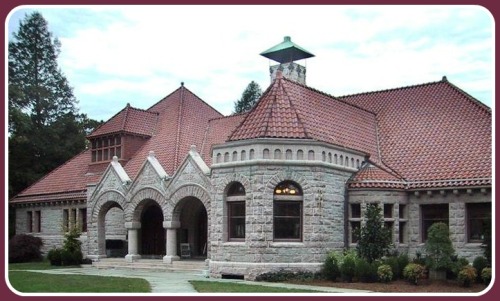 Where our downtown Westport building all hustle and bustle — a hands-on workshop in the Great Hall! language discussion groups! a 3-D printer! Blu-Rays to rent! a cafe! — the tucked-away-in-sleepy Southport Pequot is everything a library used to be. It’s quiet (shhhhh!). Its rooms are cool and musty. Mostly, there are books and (to use a very quaint word) journals.

Westport’s library was founded in 1908. Located since 1986 on the river near Jesup Green, it is bright, airy and modern. 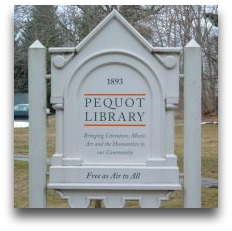 Pequot has been around since 1889. It looks like something you’d see on a 19th century New England college campus — or in an old European town — right down to its original Tiffany windows.

There is a place in the world for both the Westport and Pequot Libraries.

But the Pequot Library is in grave danger of closing. Fairfield’s Board of Finance cut all of its funding — $350,000. That’s 1/3 of the total budget. Library officials say there is no way they can raise the entire amount privately. If the cut is not reversed by the RTM on April 22, Pequot will close in July.

In years past, the library has been helped by donations (average gift: $150). In just a few years though, its endowment has declined from $3.2 million to $2.6 million. And $1 million of that is restricted to the rare books collection, not available to fund most operating costs.

Westporters cannot (in good conscience, anyway) plead with Fairfield RTM members to restore funding. But Fairfield residents — some of whom are former Westporters who read “0688o” — can.

Like many non-Fairfielders, I have fond memories of the Pequot Library. I discovered it as a Staples student, writing my junior research paper. I spent hours in the stacks, and went back often in the years after.

If the Fairfield RTM does not restore the $350,000 cut on April 22, I can’t afford to save the Pequot Library. But maybe a few angels in Westport — men and women with similar wonderful experiences there, or who understand its importance to this entire region — have an idea or two.

(Click here for a News12 video on the Pequot Library issue.)