Many people know that October is Breast Cancer Awareness Month.

Many fewer know that this is Male Breast Cancer Awareness Week.

In fact, most people don’t know that men can even develop — and die from — the disease.

Nicholas Sadler knew none of that. A Westport resident — an actor/ filmmaker who worked with Ray Romano on “95 Miles to Go” — his journey to documenting the disease began in 2012. A close friend’s mother became one of more than 40,000 women who die from breast cancer each year.

Sadler wanted to go beyond awareness-raising. He decided to delve into what happens after diagnosis: telling friends and family members, meeting with oncologists, dealing with chemo and the minutiae of daily life.

He thought it was a project for women and their loved ones. But then Sadler was introduced to a Connecticut man who had just received his own breast cancer diagnosis.

Bill Becker was the 1st breast cancer sufferer Sadler met. Just 42 years old — with 6 kids, a great job and a wonderful life — his world turned upside down when a funny lump in his chest was finally biopsied.

Bill Becker and his son Jacob.

Becker felt so isolated and stigmatized, he could not even tell friends and colleagues what kind of cancer he had.

There were no support groups for men. Even a medical receptionist was surprised that he — not his wife — was the patient.

The incidence of breast cancer in men is less than 1% that of women. Research on male breast cancer is almost non-existent. Last year for the first time, genetic differences were observed between women and men with the disease.

Even the nomenclature is confusing, Sadler says. “People wonder, do men have breasts?”

Becker — generous and warm-hearted — invited Sadler to chronicle his journey. “In the midst of the catastrophic event, the most dire circumstances, Bill wanted to help others,” the filmmaker says.

Sadler was with Becker during his treatments. He was there when the cancer went into remission. And when it returned with a vengeance.

He asked Becker and his wife — Staples High School graduate Lisa Fuentes — if being there was too intrusive.

Two years ago, Becker entered hospice. Sadler asked if he could visit.

Lisa said of course — and encouraged him to keep filming. “We want to share our journey, so people know where it ends,” she said.

The end came despite “extraordinary love and support” provided by doctors, nurses, family and friends.

The resulting film — called “Times Like These” — is quite powerful.

“This is a very human, relatable story,” Sadler explains. “It’s about one disease. But it’s also about how all of us face health challenges, setbacks, and life. I hope it can do a little bit of good.”

Most of the filming is already done. A few follow-up interviews remain. Sadler is also halfway through the edits.

He’s set up a non-profit organization, to accept foundation and individual grants. He hopes to complete the documentary by March, so it can be submitted to film festivals for 2018. Sadler will also make it available to organizations, for their own fundraisers.

You may not know much about male breast cancer. But if you’d like to help spread the word or to contribute funds, email nick@timeslikethesefilm.org, or call 310-880-8829. For more information about the video project, as well as links and articles about the disease and research, click here.

Every writer needs a favorite place.

For some it’s a home office — a converted bedroom perhaps, or the attic. For others it’s Starbucks.

For GiGi New, it’s a caboose.

Since the early 1970s, the red, real train car has sat in the woods off Newtown Turnpike, between the Country Store and Bette Davis’ old house. For anyone driving, biking or walking by, it’s an object of wonder and awe. 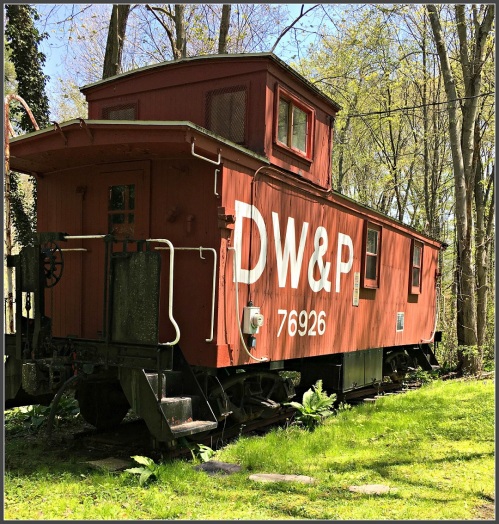 She and her husband — actor/director Nicholas Sadler (“Scent of a Woman,” “Disclosure,” “Twister”) — moved to Westport in April, with their young son Cooper. They fell in love with the house and caboose, and sent a heartfelt letter to the owner promising to honor and take care of both. 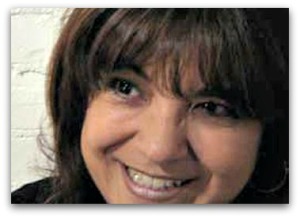 GiGi was already a well-established TV and film writer. In Minneapolis, where she lived during the 2007-08 Writers Guild of America strike, she began teaching her craft. Garrison Keillor became an avid pupil.

She continued to teach after arriving here — first with the Westport Writers’ Workshop and through area libraries, now on her own.

Which  brings us to the funky, not-quite-level caboose, where Gigi works with individuals and groups, and continues writing for TV and movies. (Her current project is in development with Killer Films.)

The caboose is said to have been some sort of “payment” to Alan Abel, a well-known prankster who 40 years ago owned GiGi’s 1847 house. (One hoax: Following the Watergate scandal, he hired an actor to pose as Deep Throat. The press conference drew 150 reporters.)

The caboose was delivered via 3 flatbed trucks, and a crane. It sits on actual tracks, though those were brought in too. Someone had a permit for it — and it’s been grandfathered in ever since.

The interior, from the back of the caboose.

GiGi says the caboose belonged to the Pittsburgh and Lake Erie Railroad. One wall is filled with actual P&LE tickets. (They were placed there by HGTV, which gutted the interior, and re-decorated it for one of their shows — click here for the fascinating video.)

However, “DWP” is emblazoned on the side. The letters stand for the Duluth, Winnipeg and Pacific Railway.

That’s just one of the many mysteries surrounding the caboose.

What’s not in dispute is what GiGi has done with it, and what it means to her.

She’s brought in a conference table and desks — including the one she writes at. It faces woods, and a pond. She watches her son at play, along with ducks and deer.

GiGi’s view, out the caboose window.

“If I can’t create here, I can’t do it anywhere,” she says. “This my safe, nurturing little haven. When I sit here, I tap into a quiet place. That’s essential for my writing.”

Like a child’s treehouse, the caboose allows her imagination to run wild.

Her students find the caboose to be a “healing, inspiring, creative” place too.

Fortunately, her little red caboose is not.

GiGii New, peacefully at work. Railroad memorabilia are on the rear walls.