Back in the day, Westport had a dog warden. His job was simple: respond to complaints about roaming or barking dogs.

Today, the position is “animal control officer.” Dogs are among the duties — and, with added regulations about Compo Beach and Winslow Park, there’s more to do.

But in 2019, Westport’s animal control officer also handles — sometimes literally — cats. Plus raccoons, coyotes, foxes, swans, hawks, owls, and of course deer. Along with every other bit of wildlife that believes it has as much right as you or I to live here.

Which of course they do.

But he’s hardly “new.” Saponare spent the last 18 years as assistant animal control officer, working with and under the legendary Peter D’Amico and Art Reale.

Nor is Saponare new to Westport. He’s as native as you get: Born on Cross Street, raised in a house his sister still lives in, and a graduate of Assumption School, Bedford Junior High and a 1965 graduate of Staples High School (with a year of home schooling, after contracting rheumatic fever).

Growing up, Saponare’s passion was not animals. It was his hot ’61 Chevy with a 348 engine. When he wasn’t racing at Dover Drag Strip, he hung out at the Crest Drive-In (at the entrance to what is now Playhouse Square).

After Staples, Saponare worked at Pepperidge Farm, then spent 10 years as a Norwalk typesetter. He had a snowplow business, bartended, was a volunteer firefighter (and president of the Vigilant Hose Company on Wilton Road), and served as president, vice president and treasurer of Sons of Italy, when that Saugatuck group put on the beloved Festival Italiano.

He also became a travel agent. Saponare Travel opened in 1983 on Church Lane, then moved to Post Road West.

After 9/11 — when travel dropped dramatically — Saponare joined the Travel Exchange in Sconset Square. He’s spent the past 15 years too as a traffic agent, working at places like Staples and Bedford.

Most important for Saponare’s new post is his 18 years as an assistant animal control officer. He loves the satisfaction of bringing injured animals to Weston’s Wildlife in Crisis, and helping those in distress. 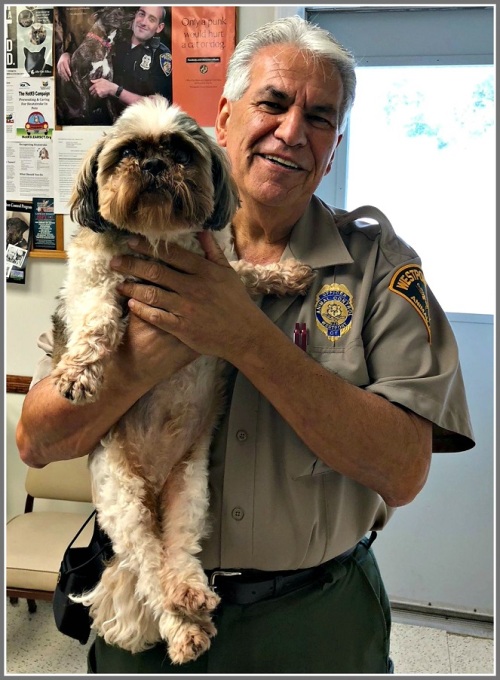 Deer have become a big part of his work. Saponare rescued a fawn that had fallen into a swimming pool. When he brought it to the woods, the mother lurked nearby.

The officer had been careful to don gloves. If the mother smelled his scent on the baby, she would abandon it.

Another time, he was called to Willowbrook Cemetery. Workers worried that a fawn would fall into a freshly dug grave. Saponare carried it to a safe place, while its mother watched intently.

A couple of hours before we spoke, Saponare was called to rescue a deer caught in a fence. Police officers and firefighters helped release it. But its leg was broken, and it had to be put down.

There was another call that morning. A dog was struck on the Sherwood Island Connector. A Good Samaritan tried to help — and was bitten.

I asked the new animal control officer if he has a message for Westporters. He’s no longer a “dog warden” — but the topic was canines.

“Don’t leave your dog unattended in hot weather. And be sure to license your dog. That’s the law. It’s the only way we can tell if your dog has been vaccinated.”