8 Years After Fire, Saugatuck Church Organ Is Ready To Resound

A spectacular effort by firefighters — and firewalls — prevented complete destruction of the historic building. But the sanctuary was ruined.

The music department was devastated too. They lost 5 pianos, choir robes, a 100-year-old music library with thousands of sheets of music, and a pipe organ. 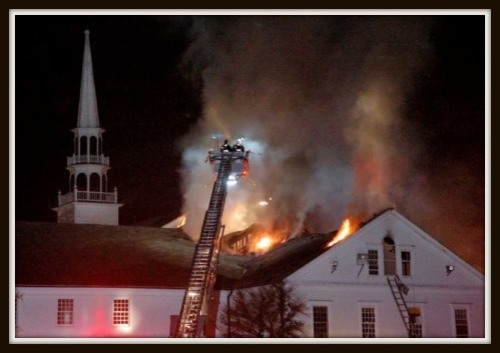 Firefighters from several towns battled to save the Saugatuck Congregational Church.

It took years for the church to rebuild. The organ was insured; monies helped rebuild the sanctuary.

Meanwhile, a committee sought designs and quotes from top-notch organ builders around the world. The Klais Orgelbau was chosen for its warmth of tone, design of the case, and the family feel of its company.

Installation began this summer. Finally — nearly 8 years after the fire — the new organ is ready. 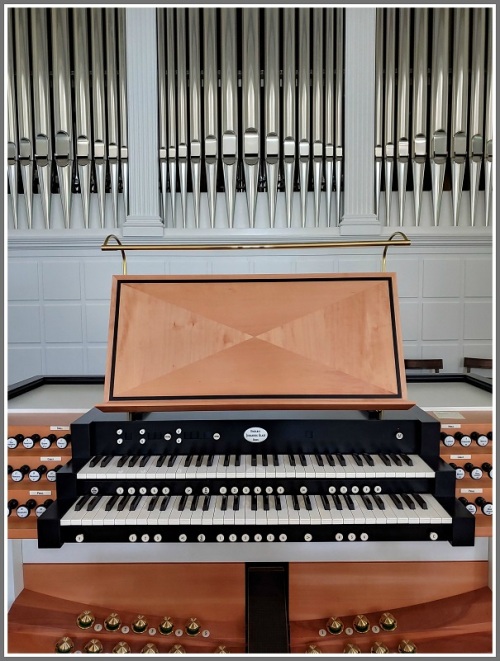 The performers were all chosen for the compassion they showed after the fire.

James Boratko and his church in West Hartford reached out immediately. They loaned hymnals, anthems and choir robes. “Having parishioners singing from hymnals together” — even at other sites — “helped mold us as a community,” says Saugatuck’s director of music Heather Hamilton. 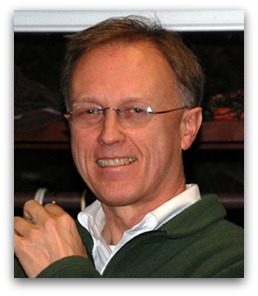 Ed Thompson at the Unitarian Church also called quickly, offering music, support, and a place to rehearse every week for 2 years. “We felt welcome, and loved being there as a group,” says Hamilton. (She took her first organ lessons from Thompson, and considers him a mentor.)

Craig Scott Symons gave Hamilton a keyboard. That helped her work remotely, and with the choir when they worshiped in different places.

Christ & Holy Trinity Episcopal Church — a few yards across Myrtle Avenue from Saugatuck Church — offered the use of Branson Hall for the townwide Thanksgiving feast, just a few days after the blaze. Congregants worshiped in Christ & Holy Trinity’s Seabury Center many Sundays and Christmas Eves, while their own building was rebuilt. Temple Israel opened its arms to the congregation, providing worship space for over 2 years.

Saugatuck Church invites everyone to the October 13 concert. After all, Hamilton notes, contributions for the new organ came from throughout Westport and beyond — not just parishioners.

In that spirit, the church is eager to share its organ with others. Several concerts are already planned. And the American Guild of Organists looks forward to sharing their music and master classes on it.

(The October 13 concert starts at 2 p.m., and is free. A reception follows at 3 p.m. The event is co-sponsored by the Westport Library.)

But it did not destroy that venerable downtown institution. 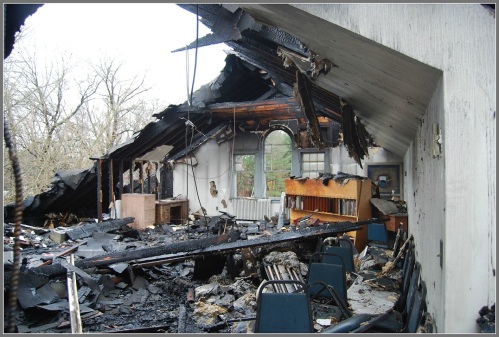 The aftermath of the November 20, 2011 Saugatuck Congregational Church fire. This is the view looking into the choir room.

Congregants, clergy and friends helped the church rebuild. Three years later, services were once again held in the historic building.

Yet the restoration was not complete.

Lost in the blaze were the entire 100-year-old music library, 5 pianos, a harpsichord and the pipe organ.

Firefighters cut a hole in the roof above the pipe organ. The heat from the blaze metled some pipes, and burned others. Water and asbestos poured onto the organ.

Though there’s finally a new Steinway in the sanctuary — itself now an acoustic marvel — the pipe organ has not been replaced.

But just wait till you hear what’s in the works.

A parishioner came up with a very substantial matching grant. Fundraising is almost done.

Meanwhile, an organ committee spent 3 years talking with and listening to a number of companies. Last summer, they signed a contract with Klais Orgelbau. The German organ builder’s headquarters are in Bonn — just down the street from Beethoven’s home.

Philipp Klais is a 4th generation organ builder. He’s worked around the world — including, a few years ago, at First Church Congregational in Fairfield

While there, he’d have dinner in Westport. Whenever he passed Saugatuck Congregational, he admired its beauty. It was, he thought, the quintessential American church. 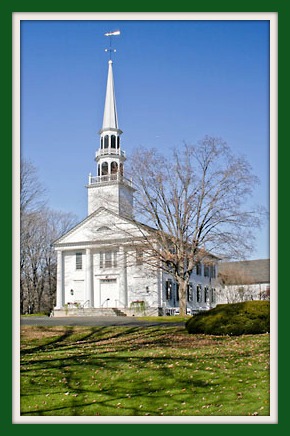 Saugatuck Congregational Church, in all its splendor.

When Dr. Heather Hamilton — Saugatuck’s director of music — called Klais, he could hardly believe the connection.

He flew to Connecticut. Standing by the burned-out church in a snowstorm, he told Hamilton and committee member John Walsh he’d be honored to help.

“He was like a kid in a candy store,” Hamilton recalls. “He said he wanted to make the organ an educational tool for the community.”

Saugatuck’s new organ chamber will include plexiglass. Music lovers — including students — will be able to see all the levers and bellows as they work. The organ utilizes age-old technology, but it will be the first time Klais has ever built one this way. 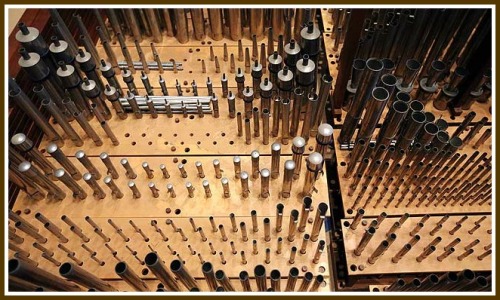 “An instrument of this kind sitting in the middle of Westport will be incredible,” Hamilton says.

She emphasizes that although the 2-manual, 26-rank pipe organ will be housed in Saugatuck Church, it really belongs to the entire town. Unitarian Church minister of music Ed Thompson is nearly as excited as Hamilton.

So is Mark Mathias. The Saugatuck Church member is a founder of the Mini Maker Faire, and an advocate of all things both artsy and techy.

Of course, building a pipe organ like this takes time. It won’t be installed until 2019. 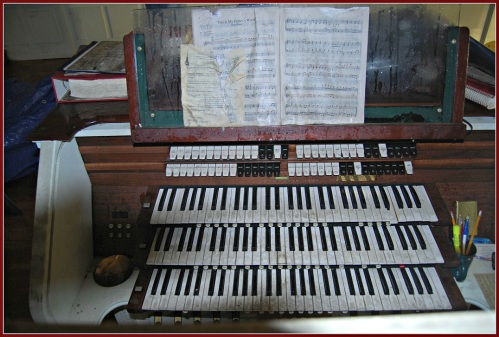 In 2011 the Saugatuck Congregational Church organ was covered with soot and water. But music still rested on its rack. (Saugatuck Church fire photos by Heather Hamilton)

Plus, the organ coffers are about $100,000 short. That’s not stopping Klais — he’s a true believer — but it’s why the Saugatuck Church is sponsoring a few fundraising concerts.

Saugatuck Congregational Church has a rich history. It’s seen a lot in its 186 years, in its current location and the earlier one, just across the Post Road.

But its new pipe organ will be a story for the ages.