Earlier this week, Rachel Maddow highlighted newspapers around the country that are devoting more space than usual to obituaries.

Among them: the Hartford Courant. The oldest continuously published paper in the US lists deaths by town. Now, the MSNBC host said, they were reaching all the way to the bottom of the page.

The Courant is also trying to highlight as many of those lost lives as they can. Among them: former Westporters Kenneth and Patricia Olshan. 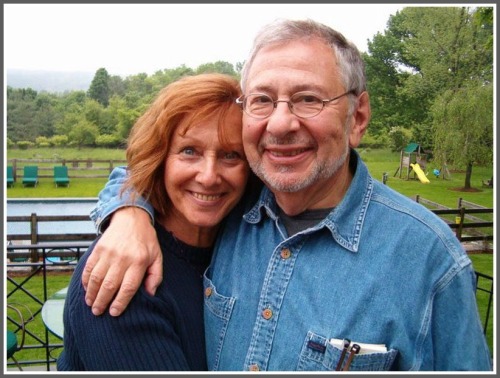 He was an advertising executive in charge of famous campaigns like “Flick my Bic,” Alka-Seltzer’s “Plop plop, fizz fizz” and “I ♥ New York.” In 1981 he became chairman of Wells, Rich, Greene.

She was an oral historian and volunteered for several charities.

The Olshans moved to Westport in 1981. A few years ago they moved to Meadow Ridge in Redding.

The Courant reports that several weeks ago, Patricia developed a fever. It went away, and she had no cough or other coronavirus symptoms.

On April 7 her husband went into respiratory distress, and had a heart attack. A test showed he was infected with COVID-19.

The next day, Patricia’s fever was back. She died 2 days later.

Their son Matt — a 1981 Staples High School graduate — told the Courant, “If there is a bright spot in all this, it’s that they didn’t have to live without each other.”

One response to “Remembering Ken And Patsy Olshan: Former Westporters Succumb To Coronavirus”