I did not want to publish another story about the Westport Museum for History & Culture (the former Westport Historical Society).

The long-appreciated Avery Place institution has taken a public pummeling, since Monday’s story about the renaming of the Sheffer Gallery in honor of a large contribution from a charitable trust. I ran subsequent stories when former volunteers spoke out. Readers added hundreds of comments. Current museum officials did not respond. 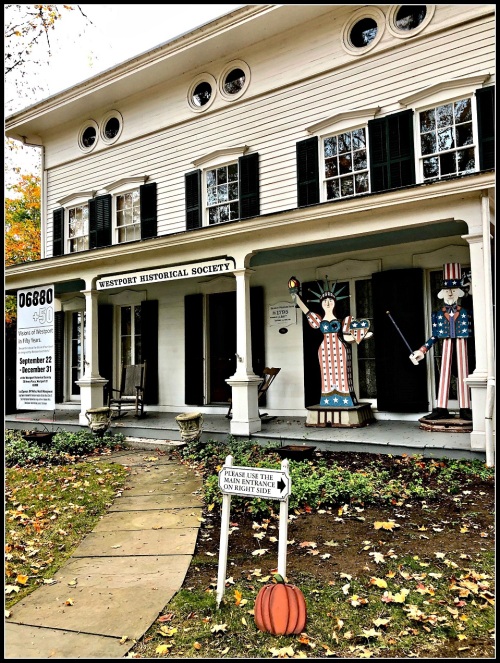 I thought Westporters had had their say, and Museum representatives did not want theirs. I did not want another story. It would seem to be “piling on.”

But then I got this email, from a Westporter who spoke with multiple WHS sources. It’s filled with other questions and concerns. It’s been vetted by people with long and deep knowledge of the WHS and WMFH&C.

Much of this information has been talked about quietly in town, for a couple of years. Now — in the aftermath of this week’s controversy — it too becomes part of the public discourse. The resident writes:

The average Westporter has to be confused and questioning the current explosion of outrage towards the Westport Historical Society.

How did the renaming issue cause over 200 “06880” followers to take time to express outrage? Did this outburst of frustration and anger arise out of nowhere?

No. Distress over the recent direction of the WHS has been going on for a while. There has been little public outcry, but much angst and a sense of hopelessness.

One of the early chapters of the outrage began when the new executive director dismissed — by email — a senior employee, after 20-plus years of service to the gift shop. She was told it was being phased out.

But within weeks the shop was reopened, staffed by a younger employee. 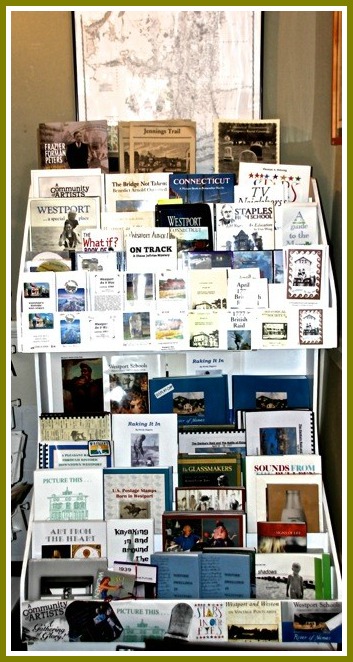 A wide collection of books on sale at the Westport Historical Society, in 2014. (Photo/Larry Untermeyer)

Concurrently, most longtime “period rooms” were eliminated. At the same time, many donated pieces of Westport historical value (not necessarily monetary worth) were sold or trashed — summarily and quietly, without donor notification.

The next chapter was longer and more painful. Individual by individual, longtime board members, volunteers and large donors were quietly pushed out.

Many people who had given so much over so many years were shown the door. They were too proud, too humble and/or too civil to push back in a public forum.  They stayed in touch as one by one they went down — but they did not go public.

The advisory board experienced the same treatment.

As the next chapter evolved, certain groups that supported and enhanced the WHS were pushed aside. This included some artists who had exhibit commitments in writing and were already being promoted in the media. Despite their hurt, they too stayed quiet.

Residents became the next focus. Last year, people who were used to accessing archives and files of the WHS –and amazingly, town officials too — were suddenly told it was now necessary to schedule in advance. In addition, they would have to pay $40 an hour.

Then came the unilateral renaming of a Westport institution. Quickly, and with surprisingly little outcry, the Westport Historical Society was to become the Westport Museum for History & Culture. That opened the door to government funding, negating much of the need for local volunteerism and donations.  Both were pillars of the WHS, which gave the WHS purpose and strength.

The latest, but not the final, chapter came this week with the revelation of the renaming of a section named for a longtime Westport family that donated countless hours, as well as generous funds, for decades.

Now it is to be renamed for a new donation from a well-meaning foundation, which could not have imagined that the quiet revelation of the news would release the outrage built up over the past 2 years.

One can hope that this is the last chapter that returns the WHS to its constituency: its volunteers and its participants. WHS, are you listening?

Like Loading...
This entry was posted in History, Organizations and tagged Westport Historical Society, Westport Museum for History & Culture. Bookmark the permalink.