Last weekend, I joined a capacity crowd at Town Hall. We had the honor of watching “Andrew’s Army.” 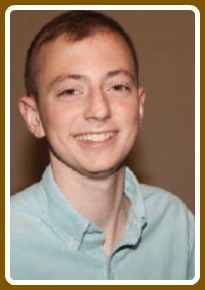 The 31-minute documentary traced the life and death of Andrew Accardi. The Westport native battled neuroblastoma — a very rare childhood cancer — from age 5 until his death 15 years later.

He was a Staples High School golfer, a popular young man with many friends, and a fighter whose big heart and great spirit inspired all who met him.

The film was a labor of love by Sam Bender, a 2011 Staples classmate and longtime friend. He captured Andrew’s personality and character — and also shined a light on the staff at Children’s Hospital in Philadelphia, who treated  him so long, and loved him so much.

“Andrew’s Army” is not just the title. It’s the name of Andrew’s many admirers — of all ages — who have raised over $1 million for neuroblastoma research.

Hopefully, the documentary will spur even more donations. It’s a remarkable video, one that deserves an audience far beyond Westport.

If you’re reading this, and have any connections or ideas on how to distribute this video far and wide, please click “Comments” below. Or email me privately: dwoog@optonline.net.

“Andrew’s Army” must keep marching on.