Tributes poured in on Facebook. Erin Buff Madden Collins — who was inspired to become an English teacher by her Staples instructors — calls her “tough as nails, very challenging, (and) a gift to all her students.”

Steven Uydess became a teacher too. He says:

Her office was in the book surplus closet, and she met with every student to talk about the kinds of books they enjoyed. After a few minutes of thoughtful listening, she pulled from the myriad boxes a half dozen books that she thought we might enjoy and gave them to us. I got “The Maltese Falcon,” “Last of the Mohicans” and “Catch-22,” among others.

I recall finding her so odd in some ways: her dramatic affect, her love for Walt Whitman (true love!), the way she could cut you down to size with but a meaningful stare. But she also taught me that to be an effective teacher you need passion, and that being your authentic self is how you connect with your students. Rest In Peace, and say hi to Walt for us!

Michelangelo Sosnowitz notes, “She scared the hell out of me. She was a tough and strict teacher but she was great. She also loved Marlon Brando, so I have to give her extra credit there.” 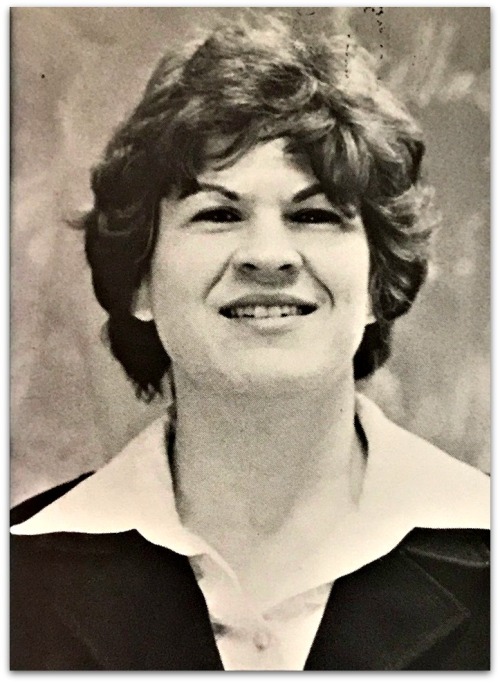 Ian Atlas says, “We butted heads, memorably over whether I could sell chocolates for band before class (I may have been sent to the office over that one), but I learned to love Shakespeare in her classroom.”

Scott Cussimano calls her “tough but passionate.” He remembers a favorite saying of hers: “I’ll do anything for my students.”

Beth Wilson Matteson echoes those thoughts. She writes: “I loved her. I did my junior research paper on JS Bach. When I told her my church choir would be singing a Bach anthem, she drove to my church to hear me sing.”

Ursa Heilbron Mooney says, “She was tough, but we bonded over a mutual love for Sherlock Holmes (both the stories and the BBC production with Jeremy Brett). I had her freshman year, and her in-depth coverage of ‘The Odyssey’ was spectacular. And the eyebrows – the legendary eyebrows. She was great.” 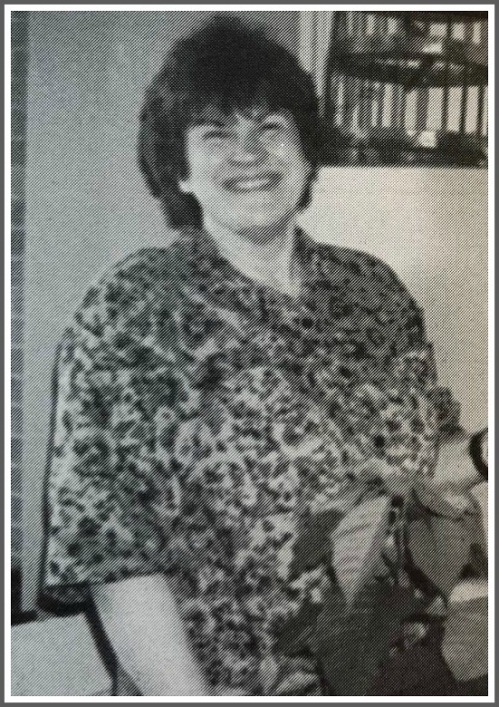 Peter Danbury writes, “her enthusiasm for her subject could be intense. I loved the TV schedules she passed out every week, noting all the interesting things we might avail ourselves of amidst all the trash. She was so keen on us honoring with our attention what was valuable in the culture at large, and not wasting our time on the insipid and it was kind of wonderful. I‘m glad I ran into her in the late ’90s and could tell her how much I loved her Myth & Bible class.”

Ted Howes adds, “She was instrumental in my care for words. She loved Melville. She was tough, but I appreciate her a lot more now.”

Susan Huppi praises, “She definitely prepared us for college. I respect the work she put in. She helped me understand that teaching students is a tough but wonderful job. She expected we would always do our best.”

Former teacher Tod Kalif writes, “Kay Blumhardt was the ultimate old school English teacher. She earned the respect of every one of her colleagues, and demanded excellence from every one of her students.”

Jason Tillotson remembers her “clear as day: tough in class, a mysteriously stern exterior which kept you on your toes. But one-on-one in her cozy office closet she was warm, connective, and inspired curiosity by asking just the right questions. She introduced me to George Bernard Shaw beyond his work as a playwright, and into his life as a whole. It was a learning experience I won’t forget. I even saved the paper!”

And — in honor of one of the habits her teacher imparted — Mary Palmieri Gai says she read the Facebook post twice.

Like Loading...
This entry was posted in Categories and tagged Kathryn Blumhardt, Staples High School English department. Bookmark the permalink.