Dave Stalling grew up in Westport. After graduating from Staples in 1979 and earning a forestry degree from Paul Smith’s College in the Adirondacks, he enlisted in the Marines. He served in an elite Force Recon unit, and attained the rank of sergeant.

Dave then received degrees in journalism and wildlife at the University of Montana. He has worked for the US Forest Service, National Wildlife Federation, Trout Unlimited and other conservation groups, and served 2 terms as president of the Montana Wildlife Federation.

Dave currently works as a writer, editor and activist (click here for his blog). He lives in Missoula with his son Cory. 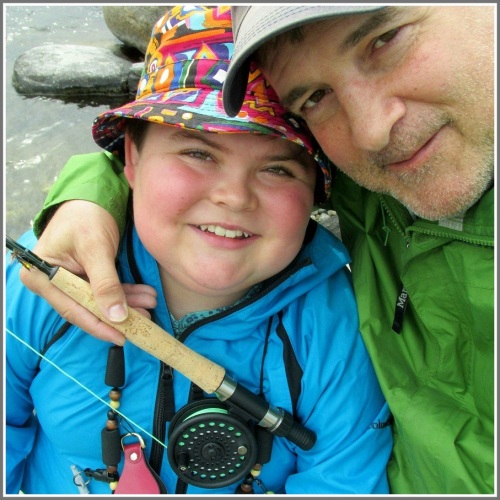 Dave Stalling and his son Cory.

Recently, Dave was interviewed about his passion for protecting wild places and grizzly bears. Among the podcast topics: how growing up in Westport helped shape his beliefs, values and life’s work. Here’s an excerpt:

My dad was a pretty interesting guy. He grew up during the Depression and did a lot of fishing and crabbing and hunting, mostly to help feed his family. He quit high school after Pearl Harbor, and joined the Marine Corps. He was in some horrendous battles; he fought on Iwo Jima, Saipan, Okinawa.

After the war, because he didn’t have a high school degree, he never really pursued his dreams. He actually wanted to get into wildlife and forestry and move to Montana, so I kind of lived my dad’s life. He was incredibly knowledgeable, self-taught about wildlife.

We did a lot of hiking, camping and backpacking. Growing up on Long Island Sound, in Westport, Connecticut, we spent a ton of time pursuing fish that migrate up and down the East Coast, called striped bass.

Dave Stalling cooks dinner. These are not striped bass.

We would fish for them mostly at night. We would go out there, and he’d take a kind of scientific approach to it all. He kept track over many years of what times of year, what the moon was, what tides were, and where he would catch these fish.

Maybe he would set up on the northeast corner of Cockenoe Island at a certain tide during a certain moon in October, and catch these big migratory bass that come through. We would catch them up to 40 or 50 pounds, but there’s been stripers netted in commercial fishing boats that were over 100 pounds. They’re big fish. And really good eating fish.

What really helped influence me was my father went far beyond just teaching me how to catch fish. He was very passionate about the wilds. He taught me about sandpipers, horseshoe crabs, jellyfish, sea robins, scallops, mussels, lobsters — everything that made up the world of the striped bass. He would tie it all together for me, and of course talk about the importance of keeping healthy estuaries and that sort of stuff. 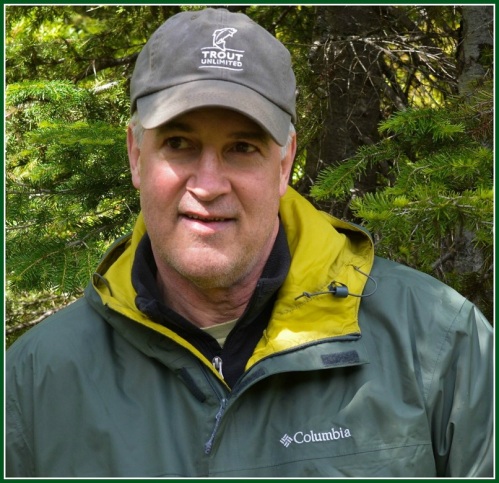 At the same time, he would get really sad and tell me stories. He’d point out places where there’s now big giant mansions along the East Coast, big estates and golf courses. He told me how when he was a kid those were salt marshes and estuaries, where he used to fish and crab.

It had dramatically changed in front of his eyes — which I can relate to now because I’ve been in Montana for over 30 years, and see the same kind of stuff. When I first moved here, I had permission to hunt on this ranch just outside of Missoula. It’s now Wal-Mart, Costco and all that development.

Parts of Montana are still pristine.

He taught me to go beyond the fishing, and really appreciate what sustained these fish. I guess through that I developed a really strong connection to the environment, to the wilds.

There’s also a desire to protect it all. At the time striped bass were rapidly declining, because of PCBs and other chemical pollutants in their spawning grounds, like the Chesapeake Bay and Hudson Bay. So I learned a lot about that.

He traveled up and down the New England coast, attending meetings and fighting to protect the striped bass that meant so much to him.