There’s a new 8-30g application coming down the Post Road.

From all indications though, this one will face smooth sailing.

They’ll be 1- and 2-bedrooms. Thirty percent will be affordable housing, as defined by Connecticut’s 8-30g statute.

The property — between the Rio Bravo/Julian’s Pizza strip mall, and a gas station — is a throwback to the days before the Post Road was greened and cleaned. Roger’s was there for decades; before that, it was Bob’s Welding.

There’s a little bit of music history too: Donna Summer shot an early music video there. 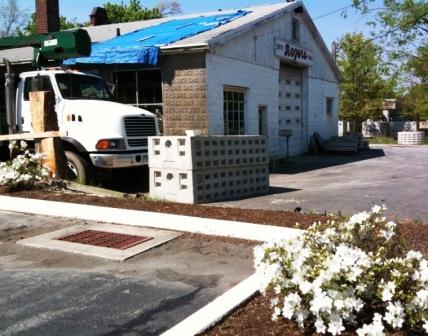 Roger’s Septic Tanks. The flowers in the foreground belonged to the gas station next door.

Several years ago, a private agreement was reached between the owner of the commercial site and homeowners on Cottage Lane — which runs behind — stipulating that no housing could be built on the property. The agreement did not involve the town.

However, word on the Post Road is that homeowners have been consulted, and are on board with this project.

Something will eventually go in there. Sounds like neighbors are happier to have residents nearby, rather than another retail or office complex.

Less far along the P&Z pipeline — but perhaps more intriguing — is a pre-application that will also be heard on Thursday.

To discuss amending the RORD #1 to allow Hotel Use for future redevelopment of 1 Burr Rd from Westport Rehabilitation Complex to “The Westport Hotel,” presented by Leonard M. Braman.

Will the Mediplex nursing home on Post Road West — next to Kings Highway Elementary School — be transformed into a hotel? 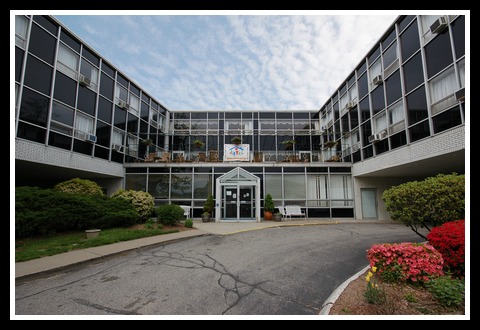