Bruce Becker: Zero Energy Home Is 100% Worth It

Bruce Becker’s 2 master’s degrees from Yale — one in architecture, the other an MBA — led to his career as a sustainable architect/developer.

He’s created LEED Platinum buildings at 360 State Street in New Haven (with 500 units, it’s the largest apartment in Connecticut, and Hartford (the redevelopment of the Bank of America tower into 285 units). 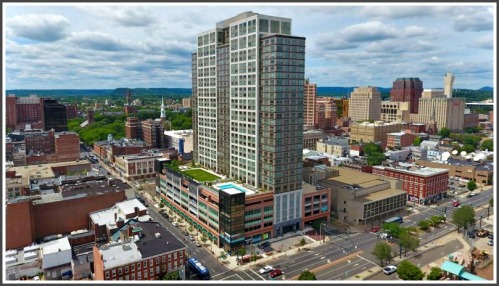 The renovation of his 1917 Compo Beach saltbox into a solar paneled, VRF powered zero-energy home may be Becker’s smallest project.

But it has big implications, he believes, as a blueprint for where Westport can — or, really, must — go in the crucial (and very near) future.

“I’m idealistic but pragmatic,” says Becker. He knows the importance of placing housing near train stations — “that’s where the state and region have to go” — but he also knows that suburbs like Westport won’t change overnight.

Most carbon emissions, he says, comes from driving, not buildings. But he’s doing what he can in both areas to reduce his own carbon footprint.

He’s had electric vehicles since 2011. And when he bought his Quentin Road property, he wondered whether a solar roof and batteries could provide all the energy needed for his house and 2 cars. (He’s also president of the Westport Electric Car Club.)

“The key to combating the climate crisis is electrifying everything — and making electricity from renewable sources,” Becker says.

Then he ripped off his poorly insulated dark cedar roof, and foamed the cavity. His new, attractive and highly reflective roof virtually eliminates the need for air conditioning. Immediately, Becker’s energy requirement dropped by 70%.

He installed 67 solar panels on the flat section of his roof. When the sun is at its peak, they create 21 kw.

Becker describes the benefit of net metering. He exports electricity to the grid in the summer, when utilities need it most. In the winter, when demand is lower, he draws it back out. It all balances out, he says.

Becker’s Tesla powerwalls store excess energy (14 kwh each) for backup power and load management. They also kick in automatically when the power fails. 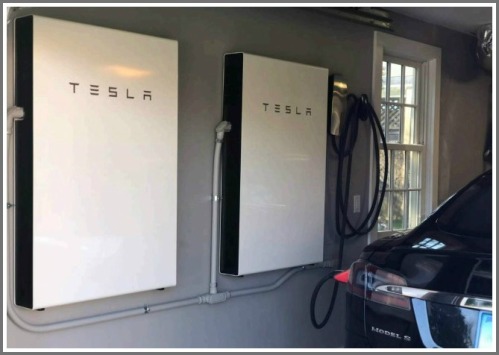 A home energy analysis before all the work produced a Home Energy Rating System score of 253. “That’s failing,” Becker says.

Becker’s current HERS score is 19.

“You can take an old home, recycle it and make it green, efficient and sustainable,” Becker says.

“It’s not the norm. It takes a bit of initiative. But I’m happy to be a resource.” 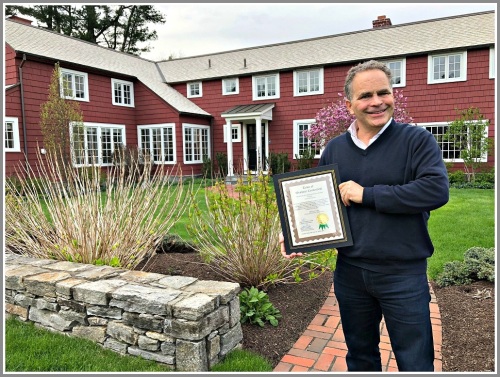 Bruce Becker, with a “Westport Green Building Award.” 1st Selectman Jim Marpe and Green Task Force chair David Mann hailed Becker for  “meaningfully contributing to a sustainable Westport, and furthering the goal of being a net-zero community by 2050.”

Every homeowner can do something, he notes. If a furnace needs replacement, “ask about VRF pumps. They’re less expensive, and cost less to operate. People sell what they’re always sold, like oil furnaces, so they might not mention it to you. But if they realize they might lose the sale, they’ll sell you one.”

Is there any downside to what he’s done?

“None,” Becker insists. “It’s good for me, and for the environment. It’s a rare win-win.”

Now he wants to see many other Westporters win too.

A before-and-after comparison of Bruce Becker’s energy consumption and costs.