Lauren Kritzer is a 2006 Staples grad. When she read about Yik Yak — the social media app that swept through Staples, stunning students with the virulence of anonymous posts — she was moved to respond. Lauren says:

I am the COO of a Manhattan-based platform innovation company, Applico. We started in 2009 as an app development company, so the impact of technology and innovation is nothing new for our clients and our business.

It is easy to be blindsided by innovation. News sources say Yik Yak “hits like a hurricane.” Didn’t Amazon hit like a hurricane? What about Netflix? The iPhone? SnapChat? Uber? Airbnb? 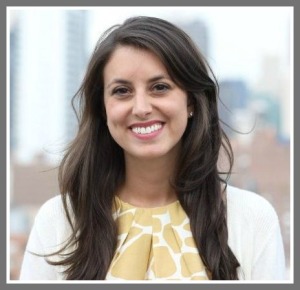 Lauren Kritzer, COO of a platform innovation company, is active in many educational and nonprofit initiatives.

New York is trying to ban Airbnb, and I’m sure Blockbuster would have loved to make Netflix illegal. But you can’t prohibit innovation, any more than you can tell the average college student that drinking is banned on campus. Our approach is completely wrong.

This isn’t a hurricane; this is a wake-up call. When the principal of Staples was interviewed about Yik Yak, he said, “don’t look at it. If you don’t see it, it won’t bother you.”

But you can’t ignore the bullying, and you can’t ban the app. The plan to “geo-fence” (block people who access the app at school) will not work. These apps are powerful, easy to access, flexible and open. Not to mention, the students who are targeted can’t turn a blind eye and certainly can’t forget the damage that has already been done. So what should we do?

This is an online community like any other — Facebook, Twitter — but in its current iteration it is an abusive negative community. The people who make up that community are to blame, not the app itself.

Let’s take back our community. We need to demonstrate to our students the power of their own voice in a positive way. We need to educate them about innovation, self-branding and the constructive use of technology.

So we (young professionals, parents, teachers, principals) need to use Yik Yak in the right way!

We have been reactive — just like every student who read a hurtful YikYak post. They need leaders who can teach them how to be proactive. Open that app and don’t turn a blind eye. Show them how to use it to become a better version of themselves. We will not understand the changes in the school environment unless we join it and think steps ahead.

Guess what, Staples? We were hit with a hurricane, but the typhoon is coming and is far more powerful…so #YikYakYuck. 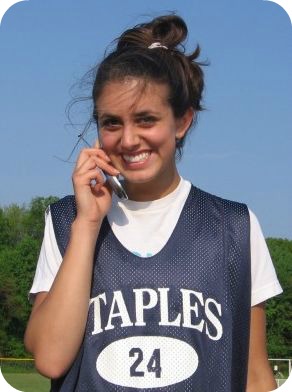