Allen Raymond has lived on Compo Cove since 1922.

The unique, beautiful spit of land drew his parents to Westport nearly a century ago, and kept Allen here ever since. (He added a house on King’s Highway, which is perfectly fitting. It’s the most historic part of town, and no one knows Westport’s history better than Allen Raymond.)

Allen is 91 years old now, and his heart is failing. This afternoon — the 1st sparkling day of spring — he visited his beloved Old Mill home. It’s rented out, but he sat on the porch, gazed at the rippling high tide and spectacular views of Compo Hill, and reminisced.

Allen Raymond this afternoon, in the Compo Cove home he has loved for 91 years. (Photo/Scott Smith)

Allen spoke about his childhood days on the water, his summers growing up, and the life he’s lived here — and loved — ever since.

What a remarkable 9 decades Allen has spent in town.

He’s served on more boards, brokered more good and smart deals, and contributed more to every facet of life — educational, recreational, spiritual — than anyone since the Bedfords. (And there were a lot more of them than him.)

The Westport Y has named the entrance road to their new facility at Camp Mahackeno after their longtime friend.

Allen has contributed unfathomable amounts of time, energy (and money) to the Green’s Farms Congregational Church, and the Y. He led the Westport Historical Society into (paradoxically) the modern era, and Earthplace to sustainability.

He has advised nearly every elected official in town, at one time or other. He’s saved many of them from political disasters, and us from the financial fallout.

It is safe to say Westport would not be the town it is — nor would we be the people we are — without the love (sometimes gentle, sometimes tough) that Allen Raymond has lavished on us for longer than nearly any of us have been alive.

Perhaps his greatest gift to the town, though, is the 169 acres on South Compo Road known as Longshore. 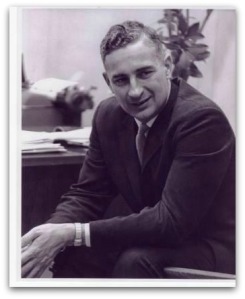 Few Westporters realize that our town jewel camethisclose to being something else entirely. In early 1960, the privately owned Longshore Beach and Country Club — with a golf course, tennis courts, pools, marina, inn/restaurant and play areas — came up for sale.

The typical Westport response — build houses! — was strongly considered.  But First Selectman Herb  Baldwin and his kitchen cabinet decided to make a bid, on behalf of the town. Baldwin put his best adviser in charge of the project: Allen Raymond.

The group had to act quickly. In just 18 days they put together a $1.9 million package — then earned approval from the Board of Finance and RTM.  The latter vote was 38-0. (The RTM doesn’t even name bridges or approve jUNe Day unanimously.)

A month and a half later — on May 28, 1960 — Longshore Club Park opened to the public. It’s been one of the town jewels ever since.

As has Allen Raymond.

He is a remarkable, inspiring, truly wonderful man.

22 responses to “Thank You, Allen Raymond”