Once you’ve been God, there’s not much else to do.

That might be why Tyler Paul — who played that coveted role in Staples Players‘ production of “Children of Eden” — has retired from the stage.

These days, the 2007 Staples grad is on the other side of the footlights. Armed with a theater management degree from Marymount Manhattan College, and with work experience at the world’s largest licensing agency, he’s co-founded an innovative children’s theater company.

His aim is to introduce the magic of acting to new generations of kids. Some may be inspired to a life in the theater; others may simply open their eyes and imaginations.

Whatever happens, Tyler wants youngsters to have fun. 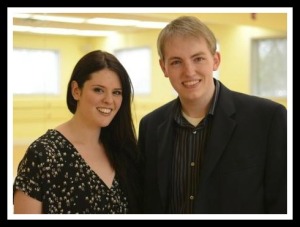 The native Westporter got his own start at Music Theatre of Connecticut. He spent 2 years each at Coleytown and Bedford Middle Schools, where he was influenced by Ben Frimmer and Karen McCormick.

At Staples, David Roth’s theater program provided a great home for Tyler. In addition to acting, he directed shows and worked on music.

Tyler also worked for MTC as vocal director and camp director. That brought him full circle — and planted the seed for his current involvement in arts education.

Gradually, his interest morphed into the business, producing and management side of theater. While still in college, he founded the Northeast Children’s Theatre Company.

“Fairfield County is an incredible area for the arts, but no organization does what we do: professional theater for young audiences, with year-round programming,” Tyler says.

A scene from NCTC’s first show, “The Tortoise and the Hare.”

Because of the arts education he received in Westport, Tyler says, “I’m passionate about it. Kids who are exposed to theater and the arts have been shown to do well in school.”

“Nickelodeon and Disney are great,” he notes. “But kids need live performances.”

Tyler is moving forward, fast. Last month, NCTC announced a partnership with the Fairfield Theatre Company. A fundraising program is underway. New shows are in the works.

That’s a lot for any man to handle. But Tyler Paul — now that he’s no longer God — seems up for the task.

4 responses to “Tyler Paul: From God To Children’s Theatre”