The recent cool weather is good news for farmers and gardeners.  But the many friends of Wakeman Town Farm — and much of the rest of Westport — is blazing mad over the apparent termination of Mike Aitkenhead.

Mike — an AP Environmental Education teacher at Staples, and 2009 Westport Teacher of the Year — was the manager/resident farmer at Wakeman.  He, his wife Carrie and daughter lived in the farmhouse.  He coordinated a broad array of programs; managed interns — and made the Town Farm an integral part of the Westport and Staples communities.

A couple of weeks ago, sources tell “06880,” Mike’s contract was not renewed by Green Village Initiative.  The news stunned Mike — and many who heard it. 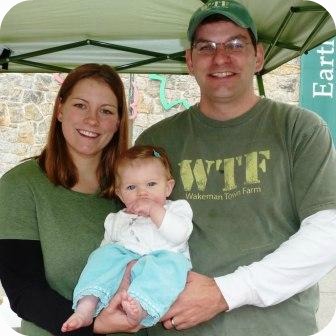 The Aitkenhead family, in happier times.

“Until then,” one person with knowledge of the situation said, “Mike had been left by manage the farm with minimal supervision and direction.  Quite suddenly, one board member found fault with how the farm was being maintained, and built a case against the Aitkenheads.

“The Aitkenheads were fully invested as stewards of the farm,” the source continues.  “They deserve to be supported, and guided properly in their endeavors.  Instead they were ambushed and have been pushed out of WTF.  Appalling, to say the least.”

The source adds, “not all GVI board members were allowed to weigh in on this issue.”  A GVI board meeting is being held today, in an attempt to resolve the issue.

Mike issued a terse statement: “The relationship between the parties ended as a result of a mutual agreement not to renew the contract.”

A letter that will be read at today’s meeting — from a parent who participates in the WTF gardening workshops, and whose son worked there as an intern — praises Mike for his “consistent mentoring, kindness and dynamic passion for sustainable farming.” 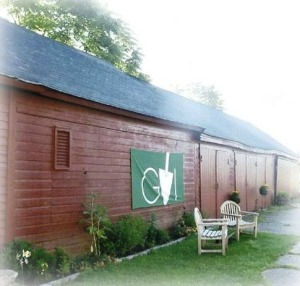 Part of the Wakeman Town Farm.

The son would come home inspired.  He’d share stories, then go into the family garden to prune tomatoes and trellis climbing vegetablese.

“What I appreciate most about Mike is that his experience as a teacher provides him with the ability to be a sound mentor for this program, while his youth allows him to be relatable to teens and younger children,” the letter continues.

“And what better way to embody ‘community’ than having an energetic family living on a homestead, sharing their knowledge and a part of their lives with us?”

The letter calls Mike and Carrie “generous loving people (who) fully embraced their role as stewards of WTF.  They made farming accessible.”  If, the writer said, “they were not meeting your expectations, I am sure that guidance and support along the way would have rectified any perceived shortcomings….

“The Aitkenheads and Wakeman Town Farm are synonymous in our minds, and I beleive you will be hard pressed to fined another family who resonates with the community as profoundly as they have.”

Wakeman Town Farm provides the opportunity to create community and conversation among Westport residents about sustainable farming.  Carrie and Mike Aitkenhead’s leadership at WTF reflected that commitment.  Their desire to raise their young family at the farm inspires us all to teach our children about growing food and friendships.

“Charismatic leadership is a rare gift,” one WTF family wrote to the GVI board.

In the minds of some members, however, that gift was not a seed worth growing and nurturing.