After 6 years in Saugatuck Center, Garelick and Herbs is leaving.

Owner Jason Garelick told the Westport News, “I had a 5-year lease on our Saugatuck store and the past several months, we were going month-to-month, since our lease ended in 2019. It wasn’t drawing as many customers as it was in the past.

“Parking is tight in the area. You couldn’t get into the lot because of the train traffic. We were mostly only drawing customers from one section of Westport. In Saugatuck, you rely more on customers coming from the train station.

“Also, we were busier during the summer time. Closing a store is always a difficult decision and the area is great, but it just wasn’t worth it for us.”

The final day is Saturday, February 29. The flagship store in Southport, and the Greenwich location, will remain open.

Meanwhile, a new place is getting ready to open on Parker Harding Plaza. It’s near the rear door of Rye Ridge Deli, closer to TD Bank. 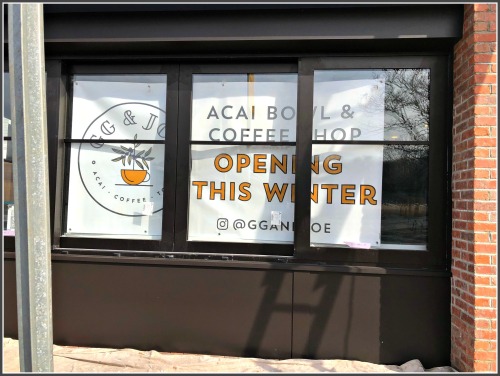 The sign in the window says they’ll open this winter.