It’s No Puzzle Where Cruciverbalists Were Today

There are 2 ways to do the New York Times crossword puzzle:

All those people who enjoy option #2 gathered this afternoon at the Saugatuck Congregational Church. They competed — good-naturedly, but fiercely — in the Westport Library’s 20th annual Crossword Puzzle Contest.

For the 20th year, it was puzzle-master-minded — and presided over joyfully and cruciverbally — by Times crossword editor (and NPR star) Will Shortz. 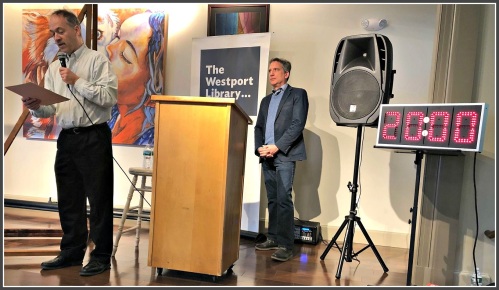 Contestants came from as far as North Carolina and Illinois. Ages skewed older, though there were enough younger faces to make Gotye a legit question.

After 3 rounds of increasing-in-difficulty Monday, Tuesday and Wednesday puzzles, the top 3 contestants (based on speed and accuracy) faced off for the title. They stood on stage, solving a tough Thursday crossword as the crowd watched.

Glen Ryan finished in 6:50. However, he got one answer wrong.

It was a fast, fun day. I know, because I was one of those solvers

I did not make the finals. But I was one of a few dozen to complete all 3 Monday through Wednesday puzzles perfectly.

Though I still have no idea who Gotye is. 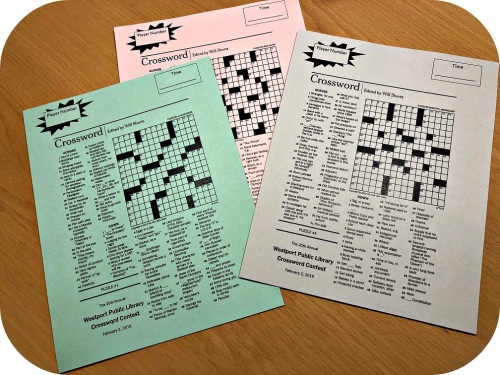 16 responses to “It’s No Puzzle Where Cruciverbalists Were Today”