Posted on February 1, 2016 | Comments Off on Entree Nous: For Valentine’s Day

No, the headline above is not misspelled.

Just between us: “Entrée Nous” is a beautifully produced, creatively conceived and cleverly named concept.

But it’s more than just gorgeous photos of food. If you call for a reservation, tell the restaurant you’ll be using “Entrée Nous” — and bring the book — you’ll receive 1 complimentary entrée.

That sure beats flowers for a Valentine’s Day gift.

“Entrée Nous” is the brainchild of Weston residents Mica DeSantis and Elizabeth Menke. They met through the Weston Women’s League.

Mica is a New Jersey native with an IBM marketing background, and plenty of volunteer experience with charities.

Elizabeth grew up in Minnesota, earned an MBA and spent years in Europe as an investment banker. Overseas, she was intrigued by “passport-style” guides that introduced residents to area restaurants, while offering complimentary meals and donating part of the proceeds to charity.

For the Fairfield County edition — the prototype of an idea they hope to replicate in similar areas around the country — they sought an interesting, eclectic mix of dining options. They wanted a variety of price points, cuisines and towns.

Westport is represented by Kawa Ni. The women like Bill Taibe’s concept, and strong flavors. 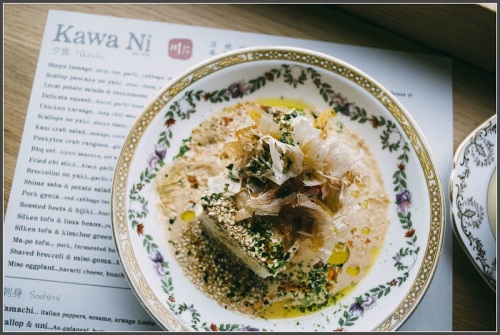 Other “Entrée Nous” restaurants near Westport include The Spread and Cafë Chocopologie in SoNo, Barcelona and Martel in Fairfield, and Artisan in Southport.

Like a chef who sends out an unexpected dessert, the book delivers a couple of delightful surprises. A section toward the end explores Fairfield County’s “food support system,” including the Westport Farmers’ Market.

And a page dedicated to Community Plates explains how the non-profit transfers fresh, usable food that would otherwise be thrown away by restaurants, markets and other food industry sources, to folks who need it.

A portion of the book’s proceeds will benefit Community Plates.

Mica and Elizabeth plan to keep that concept — a wide range of restaurants, a focus on local markets and farms, and a page dedicated to a food-oriented  volunteer organization — in every “Entrêe Nous” they produce.

A US Customs delay pushed delivery of the books to December 22. Elizabeth drove to New Jersey, then hand-delivered pre-ordered copies in time for Christmas.

Reaction has been very positive. In addition to introducing newcomers to the culinary delights of Fairfield County — and expanding the horizons of longtime residents — “Entrêe Nous” is popular with realtors and stores specializing in local products.

The dozen restaurants featured are happy to spread the word about their menus. They appreciate the luscious photographs, showing off their food and decor. (None of them paid for inclusion.)

And, of course, lovers everywhere are delighted they can give the gift of a complimentary meal — not chocolates or flowers — on Valentine’s Day.

(To order a copy, click on http://www.entreenous.net. For information on bringing “Entrêe Nous” to your community outside of Fairfield County, email info@entreenous.net.)